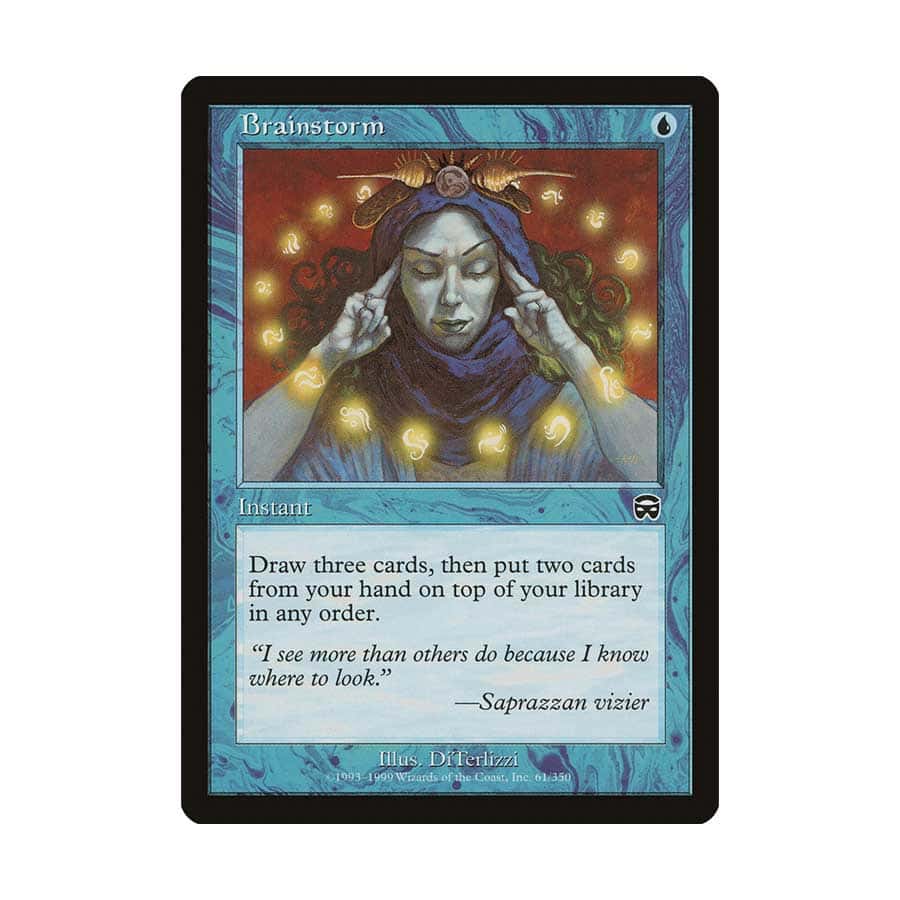 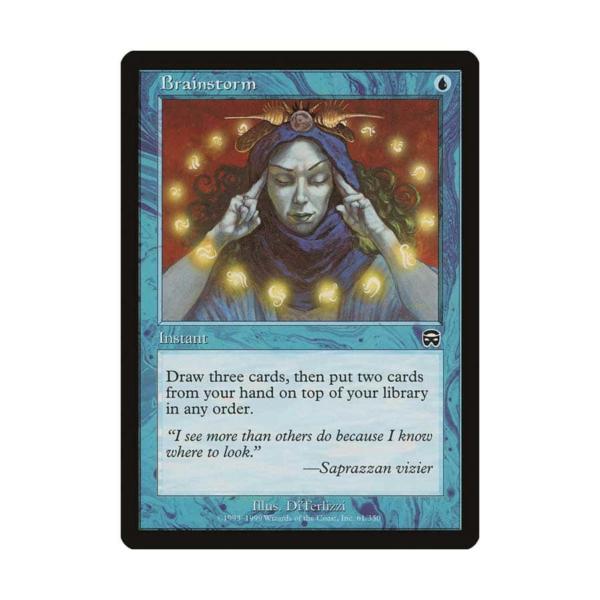 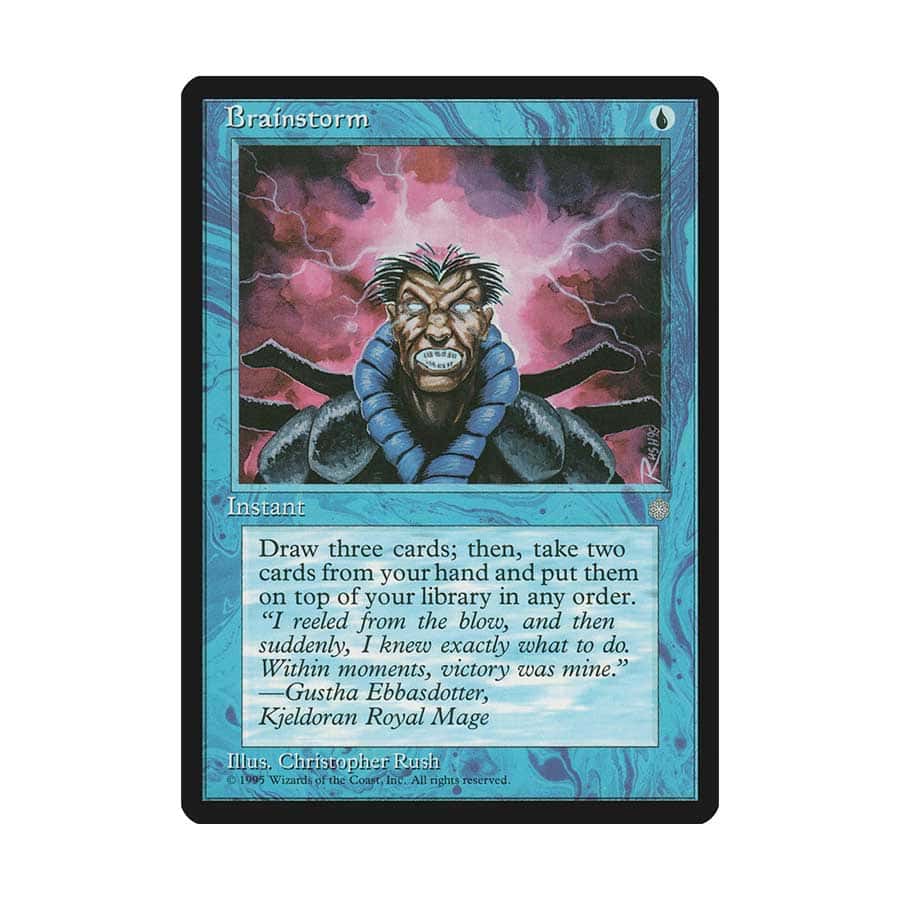 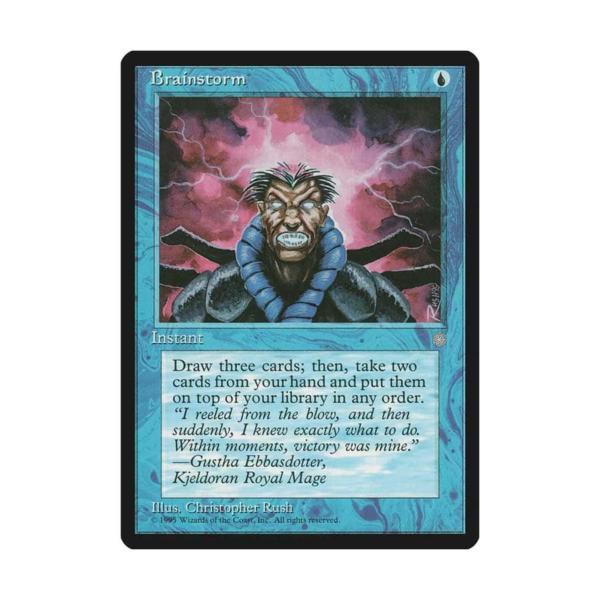 Mana Cost: U
Converted Mana Cost: 1
Types: Instant
Card Text: Draw three cards, then put two cards from your hand on top of your library in any order.

An incredibly tough to play spell that can make or break a game all on its own. Brainstorm can often fix hands needing two specific types of cards and finding them at once or simply putting a few situationally bad cards back. An important feature of this card is that in match-ups with discard is very relevant to preserve these and use them to protect the best cards in your hand. When playing TES sequencing your cantrips is extremely important, but there are also games where you’re one card off from winning on turn one. I’m all about the first turn of the game main phase Brainstorm – I’ve received scoffs from some players but it’s perfectly acceptable in my eyes. The situation needs to call for it, I wouldn’t just snap off a Brainstorm for the sake of it. I tend to Ponder before I Brainstorm a majority of the time. Collaborating with a shuffle effect is generally the way to go with Brainstorm so that you’re not drawing dead spells. There are times when sitting on Brainstorm for multiple turns while you continue to draw spells just to put back worse ones is the correct thing to do.