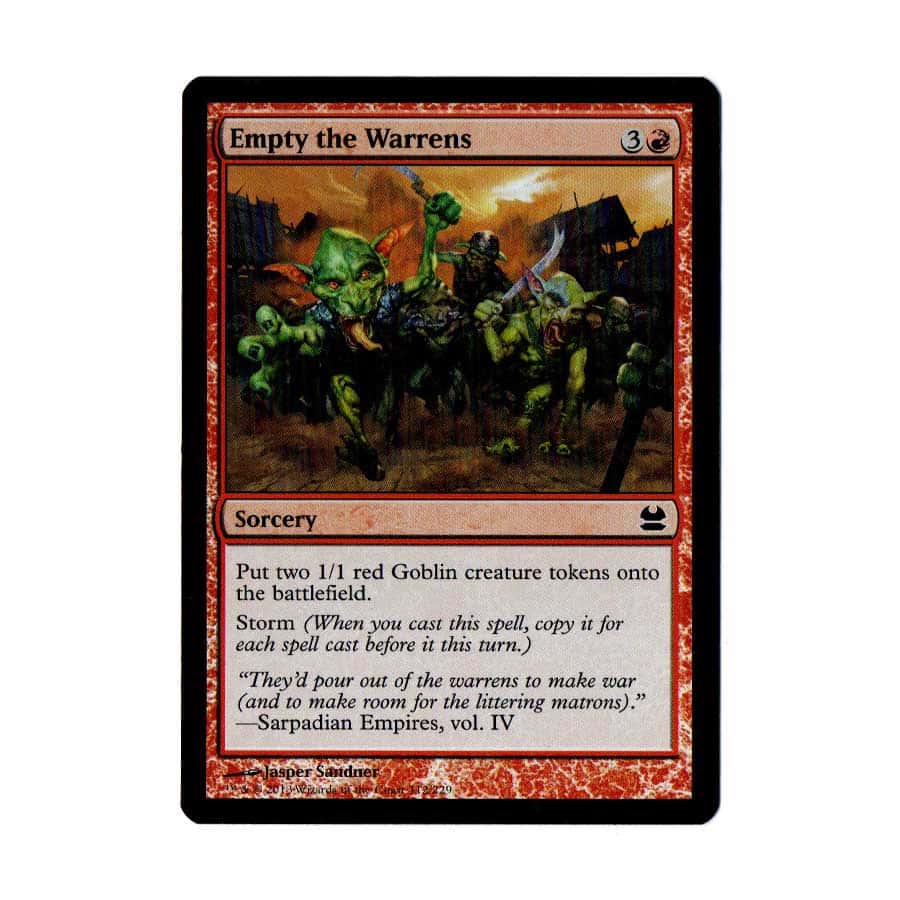 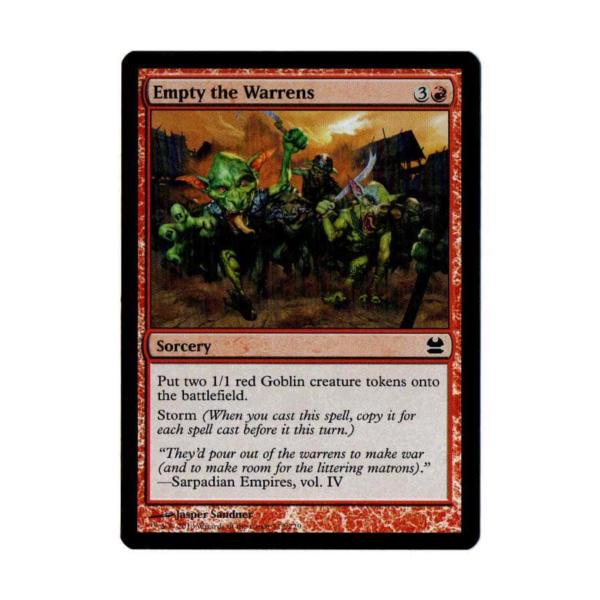 I’ve already said so much about this card, but let’s reiterate. TES opts to play Empty the Warrens over Tendrils of Agony because Empty the Warrens is rarely a dead draw – the issue with Tendrils is it does absolutely nothing until it’s lethal. Meanwhile casting Empty the Warrens with six or seven storm will easily win a game. Having a win condition in the deck that needs less storm and costs less than five (Ad Nauseam) dramatically increases the speed of TES often giving it games where we appear belcher-esque.

One of the deck’s best synergies is the combination of Empty the Warrens and Cabal Therapy! Start by disrupting the opponent’s hand, combo off, and then discard their sweeper or Batterskull by sacrificing a Goblin token. It’s very powerful and will win you a lot of games.