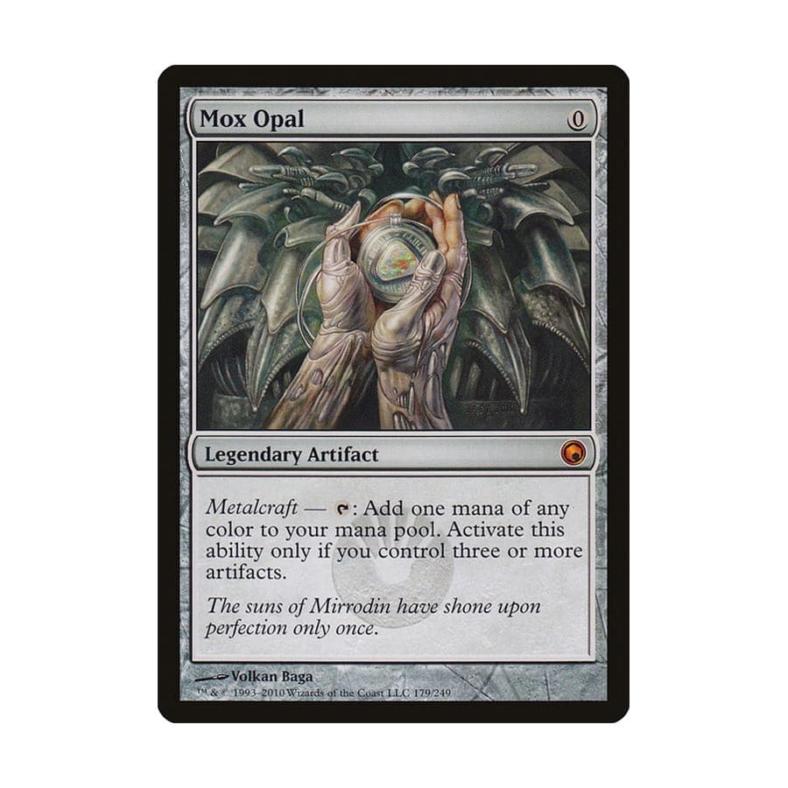 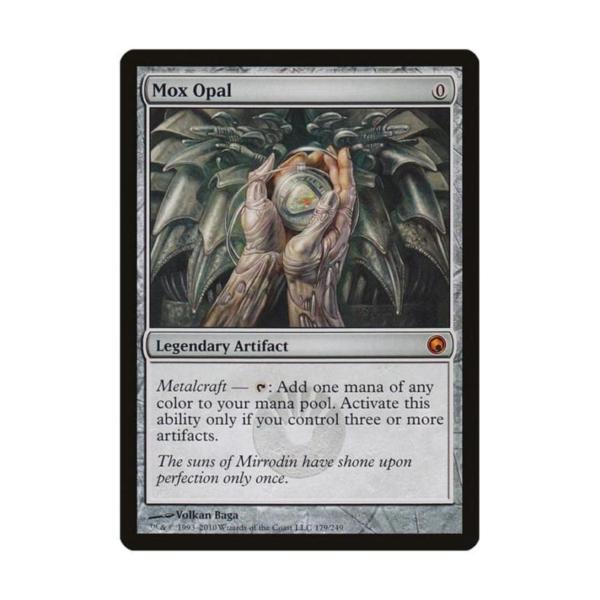 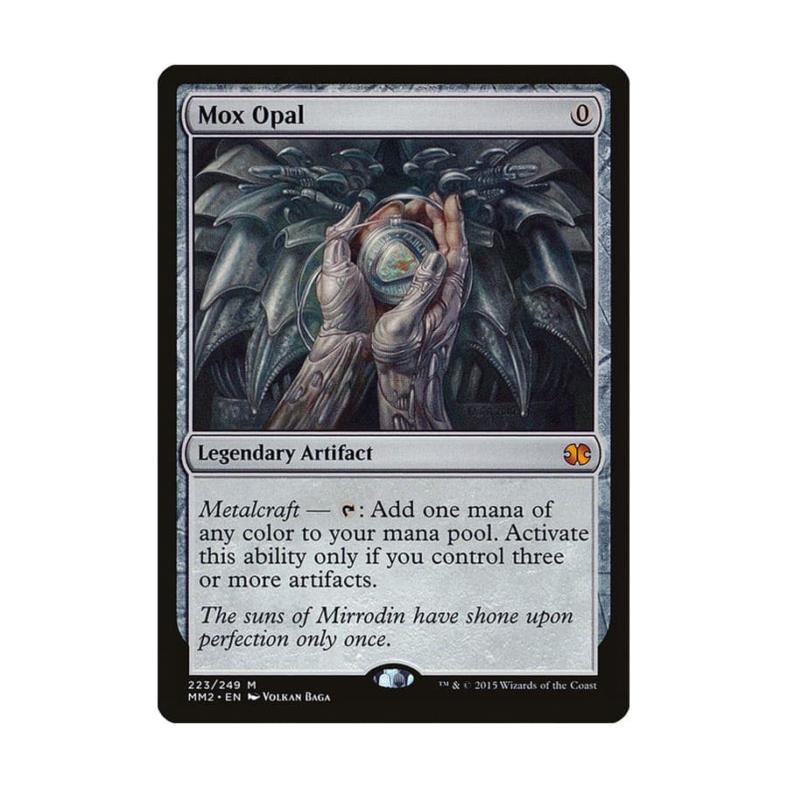 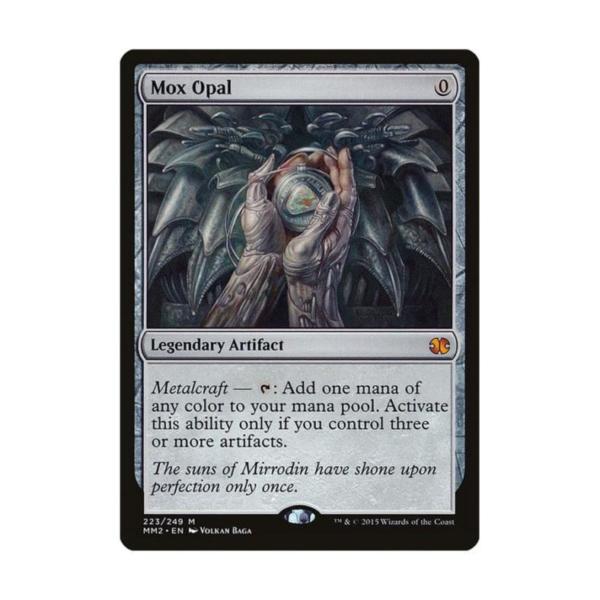 After the banning of Gitaxian Probe, The EPIC Storm had felt like it lost a step so-to-speak. It felt just slightly slower, but that was the nature of losing a free card in the deck. Since then we’ve tried a bunch of things after just accepting we would be a slower deck, where Empty the Warrens may not be as powerful. Mox Opal has changed that! Mox Opal provides blazing fast speed, while mana fixing for the deck — something we haven’t exactly had before. One of my favorite things about the new Mox is to cast Brainstorm or Ponder AND THEN shuffle your deck with Bloodstained Mire or Polluted Delta on turn one (often followed by a discard spell). That said, Mox Opal certainly comes with some costs associated with it.

The EPIC Storm doesn’t actually play too many artifacts in the deck, generally, anywhere between fourteen and nineteen (main deck Hope of Ghirapur) depending on the list. Meaning it won’t always be active on the first turn, but something people forget is that it doesn’t need to be. Having your Mox Opal turned on and ready to tap for any color of mana on turn two or three a cantrip is just fine or in the worst case, post-Ad Nauseam. Which is just fine, providing another initial mana source is a big deal when the deck often requires red and black mana in order to win the game. A cool trick you can do with Mox Opal with Chrome Mox is to play Mox Opal first, cast your Chrome Mox, with the imprint ability on the stack cast Brainstorm (or even Ad Nauseam!) and then imprint onto Chrome Mox after gaining new information/cards. While on the topic of Chrome Mox, even playing it for no-imprint cost now adds extra value with Mox Opal, which is something that should be mentioned for newer storm pilots.