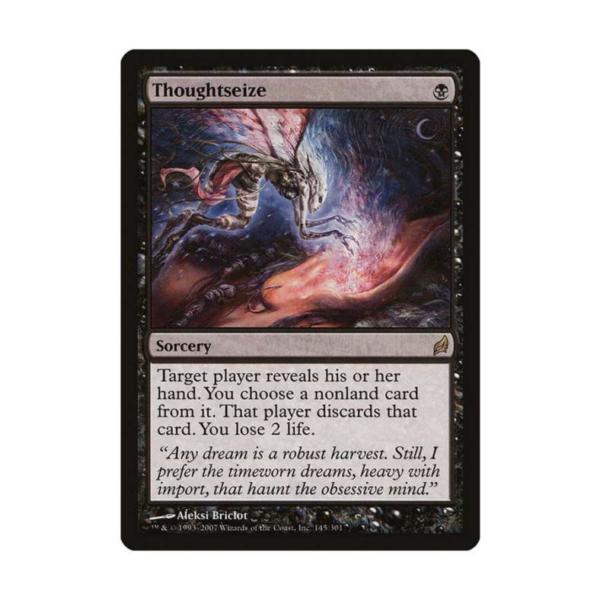 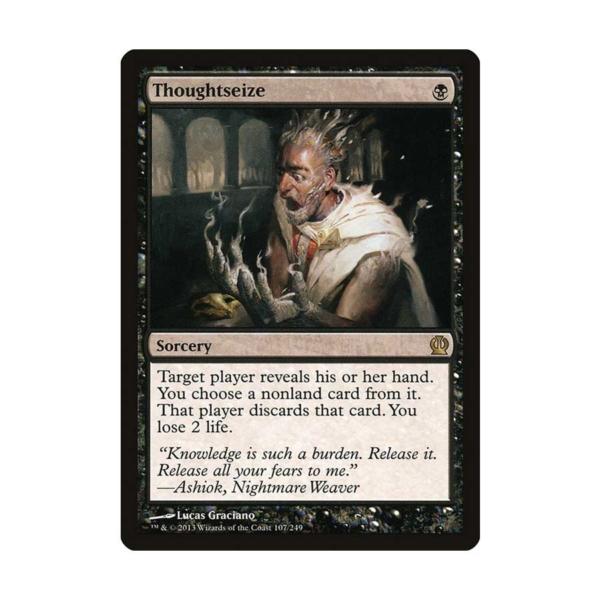 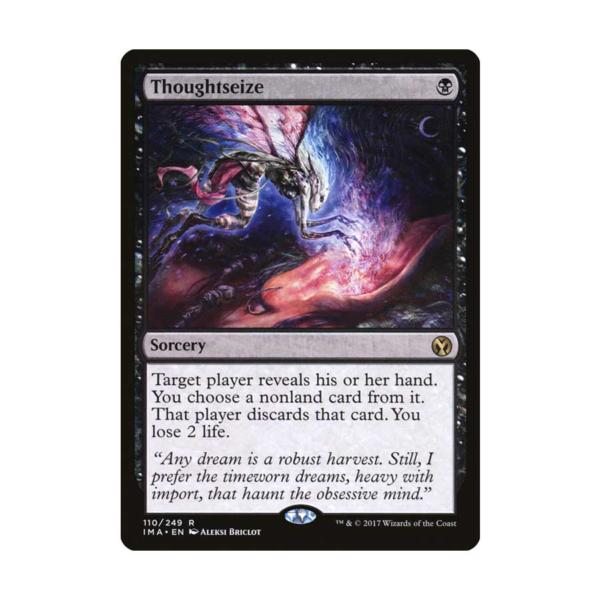 Mana Cost: B
Converted Mana Cost: 1
Types: Sorcery
Card Text: Target player reveals their hand. You choose a nonland card from it. That player discards that card. You lose 2 life.

Time have changed. The most common question I’ve heard when it comes to Thoughtseize is, “What about the life-loss, is it an issue?” The quick answer is no. Storm decks for the last seven years have ran four copies of Gitaxian Probe and have done just fine. The trade-off of two life and being able to hit anything instead of “non-creature, non-land” is why you see four copies of Thoughtseize in every list, while lists fluctuate between three and four copies of Duress. Being able to have a guaranteed hit against Thalia, Guardian of Thraben or Ethersworn Canonist without question is extremely valuable compared to a blind Cabal Therapy against a deck like Death & Taxes or guessing the proper counterspell against blue decks. While The EPIC Storm will miss the synergies between Cabal Therapy, Gitaxian Probe, and Goblin tokens, I’m a firm believer that Thoughtseize will carry us into the future.

Any cookies that may not be particularly necessary for the website to function and is used specifically to collect user personal data via analytics, ads, other embedded contents are termed as non-necessary cookies. It is mandatory to procure user consent prior to running these cookies on your website.