Four easy to understand examples of how The EPIC Storm works and functions. I consider the four categories the four main paths to victory with the deck. You’ll notice that at the bottom of tournament reports on the website that they’re often tallied by the number of wins per method.

For even more information on How to Play, check out TES Infernal Tutoring.

A tip for counting mana isn’t to think about a pair of [[Dark Ritual]] as to make and then the the second copy being minus one to create . Instead, it’s faster and easier to just think of everything for it’s net gain. This way a pair of [[Dark Ritual]] is plus (after the initial cost of the first copy). [[Lion’s Eye Diamond]] is a much easier card to do this with considering the investment into it is always and then plus of any color. For more on counting mana, make sure to check out AJ Kerrigan‘s “Reading the Ropes” on Winning the Game.

Disclaimer: The [[Burning Wish]] into [[Ad Nauseam]] lines do contain an [[Infernal Tutor]] in the middle of the process.

When it comes to floating mana when casting [[Echo of Eons]], it’s typically best to float in that respective order. This means if floating only one, it’s usually best to float . This is because of the power of [[Brainstorm]] and to a lesser extent — [[Ponder]].

A fan favorite play is what many refer to as, “the [[Chrome Mox]] trick.” This play refers to a situation in which a[[Chrome Mox]] is unable to Imprint anything, but activate a [[Lion’s Eye Diamond]] is also desired. At this point, [[Ad Nauseam]] needs to be in hand or [[Wishclaw Talisman]] in play. Now, this is how it goes:

The final thing to consider is that [[Veil of Summer]] is an instant. This means that when paired with [[Ad Nauseam]], TES is able to deceptively trick the opponent into allowing [[Veil of Summer]] to resolve on their end step only to be crushed by the [[Ad Nauseam]] that is also in hand. Usually, this also means [[Dark Ritual]] is also in hand. The stars need to align a little bit in order for this to happen, but it certainly comes up from time-to-time.

The EPIC Storm (TES) is the best [[Ad Nauseam]] deck in Legacy, this is because TES is optimized to abuse the card. By this I mean that we’ve intentionally lowered the overall converted mana cost of the deck while turning these cards into accelerants, by now you’ve realized I’m talking about: [[Chrome Mox]], [[Mox Opal]], [[Lotus Petal]], and [[Lion’s Eye Diamond]]. That’s not the entire story though, maybe you haven’t realized but TES only plays a single card that can be revealed to [[Ad Nauseam]] that costs more than two mana! This is fairly different from Ad Nauseam Tendrils (ANT), which is actually a [[Past in Flames]] deck, that plays between three and four cards that cost four mana and then even [[Dark Petition]]! It’s fairly easy to see why TES’s optimization of [[Ad Nauseam]] make it a very powerful card.

I would definitely keep this opening hand, it’s a turn one Ad Nauseam!

I would start off by playing the [[Underground Sea]] and the following it up by casting [[Lion’s Eye Diamond]] (Storm 1).

Note: If you cast [[Mox Opal]] last, it doesn’t give your opponent the opportunity to decide to counterspell an artifact to shut you off a mana.

Note: I prefer to float mana in most situations because The EPIC Storm has fewer black cards to Imprint onto [[Chrome Mox]] post-[[Ad Nauseam]], where we have plenty of additional other cards in other colors. This change happened when we started playing Wishclaw Talisman over [[Infernal Tutor]] and is relevant because [[Wishclaw Talisman]] cannot be imprinted onto [[Chrome Mox]] due to the fact that it is an artifact.

Note: I personally like to continue to flip until it’s no-longer safe to flip. This will help you a small percentage of the time if your opponent has something that you didn’t expect, you’ll have additional or spare resources to play around whatever that card may be.

Note: This stops weird things your opponent might be hiding such as [[Force of Vigor]], [[Mindbreak Trap]], etc.

Note: Notice how easy it was to get to eighteen storm? If you ever needed to in this scenario, you could continue to play more spells into [[Grapeshot]] in an effort to play around [[Veil of Summer]].

Something to keep in mind is that [[Echo of Eons]] is symmetrical, which means your opponent will also draw a fresh seven card hand off of [[Echo of Eons]]. This is an issue against blue decks. To offset this, cards such as [[Hope of Ghirapur]], [[Defense Grid]], and even [[Veil of Summer]] I would recommend over additional discard spells opening up another engine versus counterspell archetypes.

Pretty good for a mulligan!

Note: We’re in a match-up where we can’t afford to [[Empty the Warrens]].

Use [[Lotus Petal]] for and then cast [[Burning Wish]] (Storm 5) while passing priority.

Note: Do not activate [[Lion’s Eye Diamond]] here, we need to use it to discard [[Echo of Eons]].

Note: We will have Metalcraft due to [[Defense Grid]] being an artifact! Also, make sure to tap [[Mox Opal]] before using [[Lotus Petal]] or else it won’t make mana…

Above in the [[Ad Nauseam]] section, we covered how the artifact mana really fuels our primary engine. It’s no coincidence that our secondary options ([[Empty the Warrens]]) would also work well with these cards. By playing fifteen to sixteen free spells, it really rewards you for playing copies of [[Empty the Warrens]] in your seventy-five as it’ll catch plenty of opponents off guard — especially, when they aren’t sure what the best spell is to counter. Speed has always been an over-arching theme across all of the storm-engines and plans in TES’s history, [[Empty the Warrens]] is crucial to this. Most [[Ad Nauseam]] lines cost seven mana (some even cost as much as nine with [[Burning Wish]]), where at most with [[Empty the Warrens]] it’s costing to be six mana, but in plenty of match-ups where you side in additional copies it’s only four mana!

Sideboarding into more copies against decks trying to attack your mana is an extremely efficient way of winning the game, but it’s also great against decks trying to diminish your resources with discard spells. What [[Empty the Warrens]] does against these decks and across the field in general, is it allows you to combo off without needing the full storm-count ten for [[Tendrils of Agony]]. Six or seven into a horde of [[Goblin Token]]s wins a decent amount of match-ups while very rarely being a dead draw (the same cannot be said for [[Tendrils of Agony]]).

This hand is deceptively good!

We’ve already mulliganed but that’s fine as our hand is still going to “combo-off” on turn one. I’d start off by using [[Bloodstained Mire]] to search up [[Badlands]].

Note: It’s important to not pass priority, if you wait to see if your spell resolves, you will not have the opportunity to sacrifice [[Lion’s Eye Diamond]] for mana before [[Burning Wish]] resolves.

Have you ever drawn [[Tendrils of Agony]] in your opening hand? It’s fairly miserable — you can compare it to drawing multiple copies of [[Chrome Mox]]. For this reason, [[Tendrils of Agony]] has been moved to the sideboard as its usefulness in the main deck was decreasing. What caused this change is that I found that most of the time that I was using [[Tendrils of Agony]], that I had more than enough available mana to [[Burning Wish]] before casting it. This isn’t anything new (the change happened in 2012), so those of you who are experienced with The EPIC Storm, this shouldn’t see this as a shock.

One of the most common ways of getting to a “Natural Storm” kill is by using cantrips on your combo turn to raise the storm count before casting [[Burning Wish]] into a lethal [[Tendrils of Agony]].

Note: There are times when sideboarding into [[Tendrils of Agony]] is correct. Typically these are match-ups with an overload of mass removal for our [[Goblin Token]]s. The other time siding in [[Tendrils of Agony]] is what you want to be doing is against a deck that is trying to discard [[Burning Wish]] and then hit it with [[Surgical Extraction]].

Note: I mentioned this previously, but sequence your spells so that our opponent can’t take advantage of our hand by counterspelling an artifact to shut off Metalcraft. 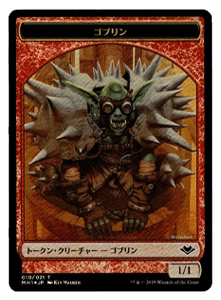