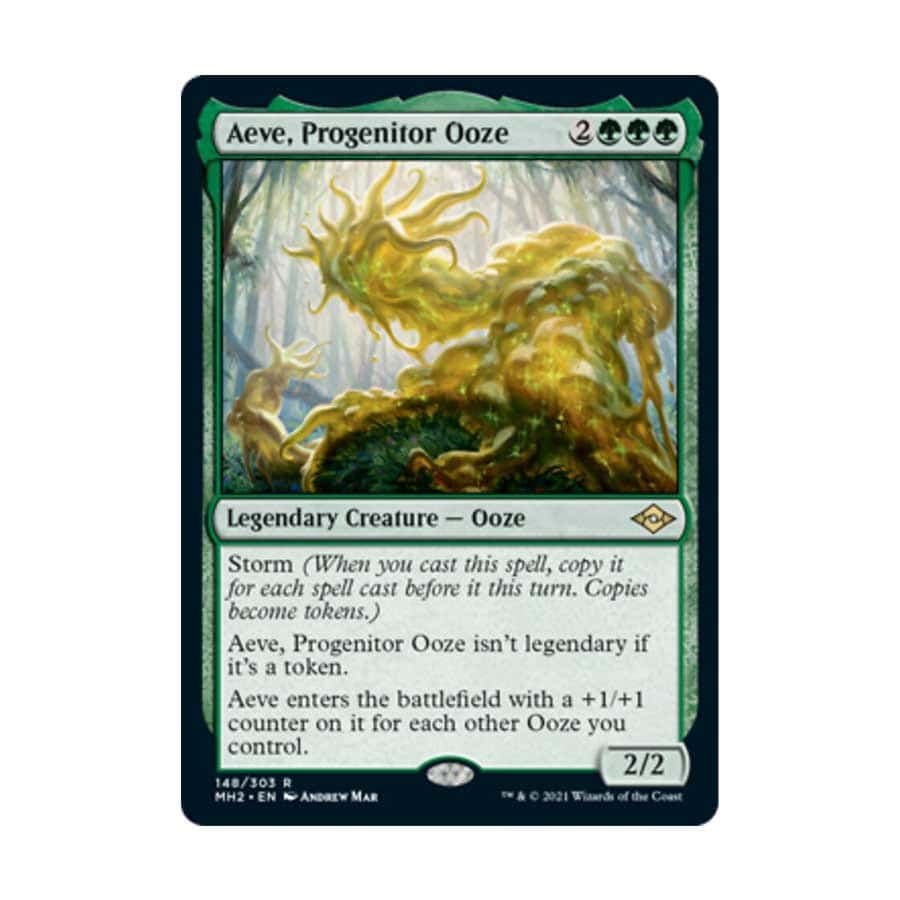 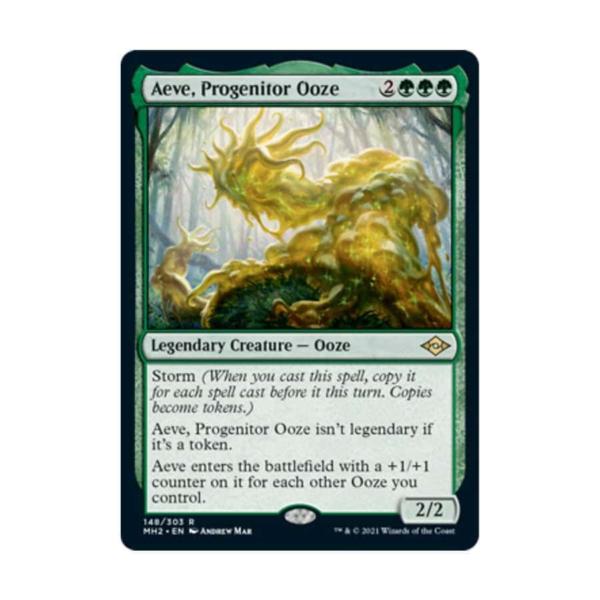 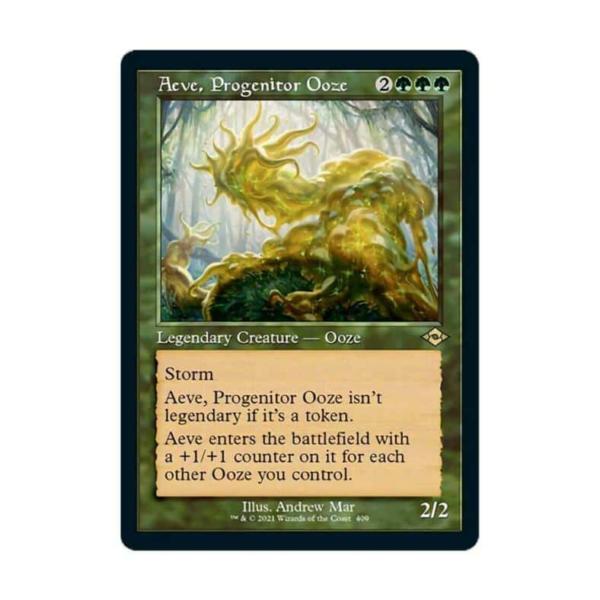 Aeve enters the battlefield with a +1/+1 counter on it for each other Ooze you control.

Aeve, Progenitor Ooze allows The EPIC Storm to beat a variety of different hate cards in ways that don’t seem obvious. Aeve, Progenitor Ooze is the first creature in Magic to be printed with Storm. This presents a few interesting properties about it as opposed to every other current Storm spell: It cannot be countered by Force of Negation or Flusterstorm! It is not taxed by Thalia, Guardian of Thraben effects, and it can be cast through many of the hate bears such as Lavinia, Azorius Renegade and Gaddock Teeg as both of those only locks out non-creature spells. A sweet interaction is to cast many artifact spells into a Wishclaw Talisman into Aeve, Progenitor Ooze against an Ethersworn Canonist.

Unlike Goblin Tokens, the copies of Aeve, Progenitor Ooze have a few unique properties. They actually have a mana value of five because they are copies of a permanent spell that enter the battlefield as tokens. This means that cards like Engineered Explosives and Ratchet Bomb are not easy answers. In terms of commonly played cards, Terminus, Supreme Verdict, and Toxic Deluge are the only cards that could sweep away the Ooze Tokens. This all makes giving an opponent a Wishclaw Talisman much less risky and really increases the value of resolved Wishclaw Talisman.

While Aeve, Progenitor Ooze may seem difficult to cast, Lion’s Eye Diamond () in conjunction with Wishclaw Talisman makes it easy. We also have Lotus Petal, Mox Opal, as well as our lands — Taiga and Tropical Island.