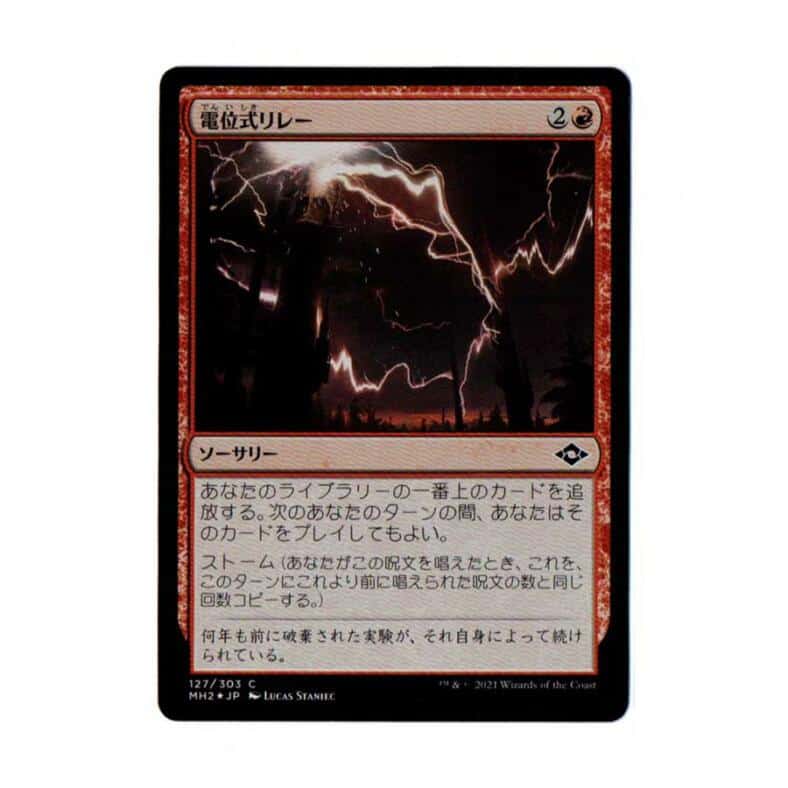 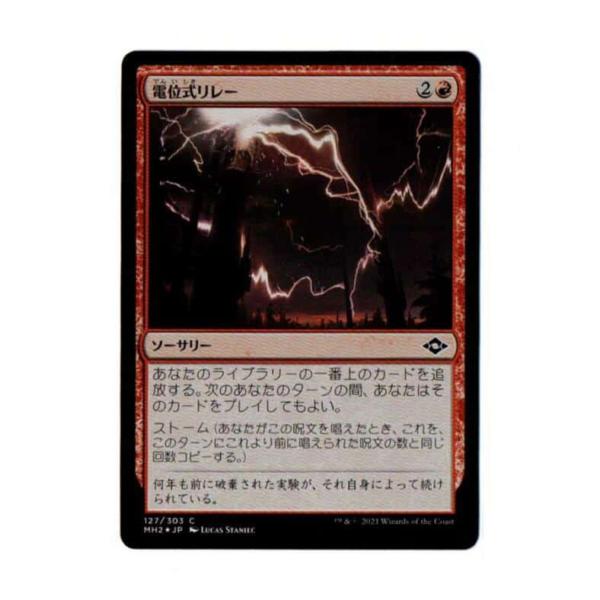 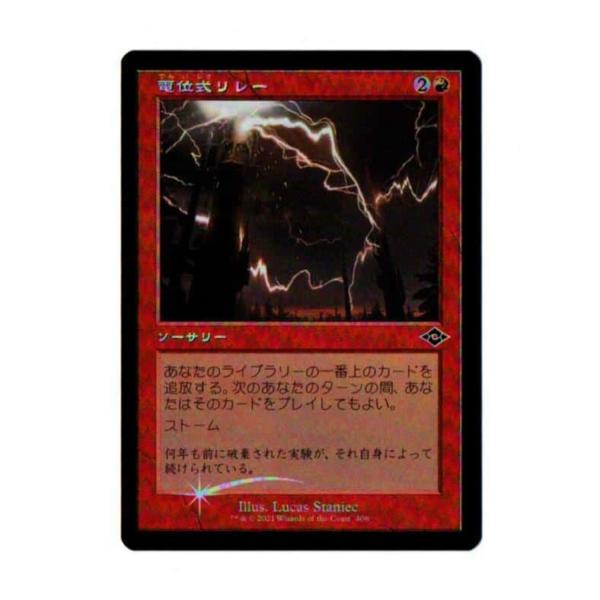 Mana Cost: 2R
Converted Mana Cost: 3
Types: Sorcery
Card Text: Exile the top card of your library. During your next turn, you may play that card.

Storm (When you cast this spell, copy it for each spell cast before it this turn.)

As a new Storm engine, Galvanic Relay fills the role in an odd way. By casting it, it signals that most of the current combo turn is over. Resolving the card is an investment in a future turn, which means that one has to live and not get locked out of the game during that turn. The most effective Galvanic Relays tend to be against slower blue decks where “drawing” 4-5 cards next turn is plenty to win the game. It is especially good with artifact acceleration such as Lotus Petal and Chrome Mox to generate Storm while leaving cards in play as opposed to ritual effects, which become more of a rummaging effect. Playing at least one copy in the sideboard makes Burning Wish a much bigger threat compared to only being able to find Echo of Eons or Thoughtseize. Especially when blue decks are loading up on Hullbreacher style effects, having an engine that goes around anti-draw effects and is able to be found with Burning Wish is important.

In many non-blue matchups, Galvanic Relay can be boarded in as a very fast engine. On turn one, even finding it with Wishclaw Talisman might be good enough against a deck without zero-mana permanent hate. It can also be cast through Gaddock Teeg, though a removal spell would still need to be found to win the game with Tendrils of Agony.