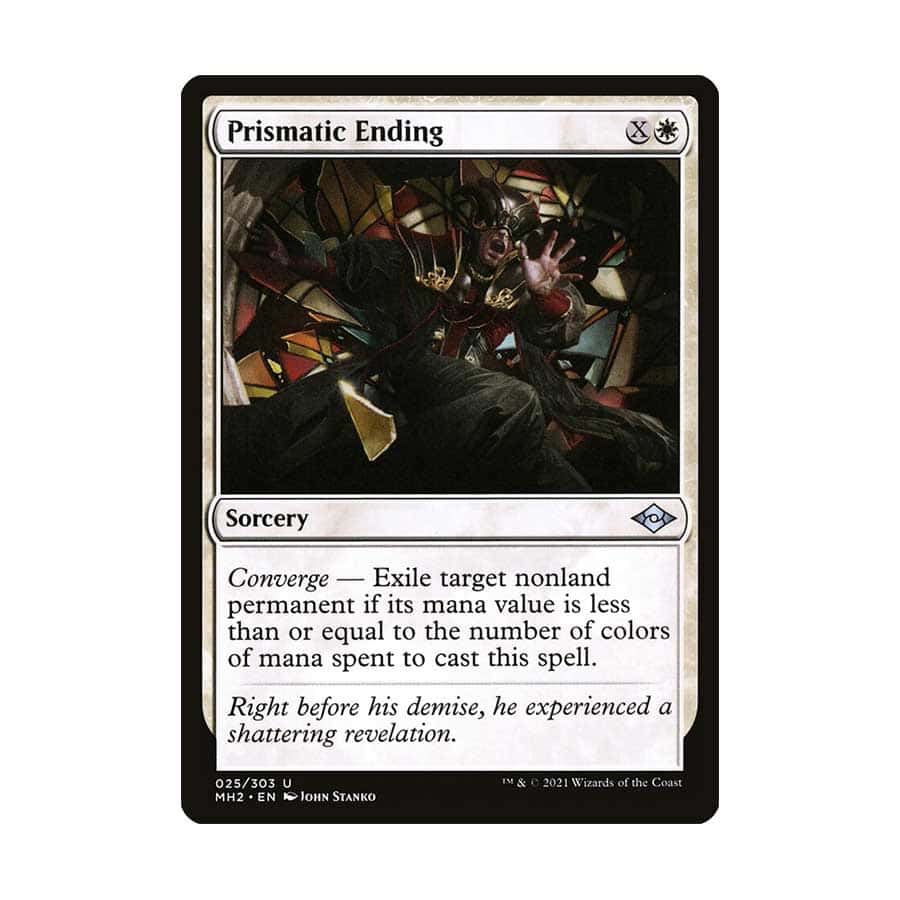 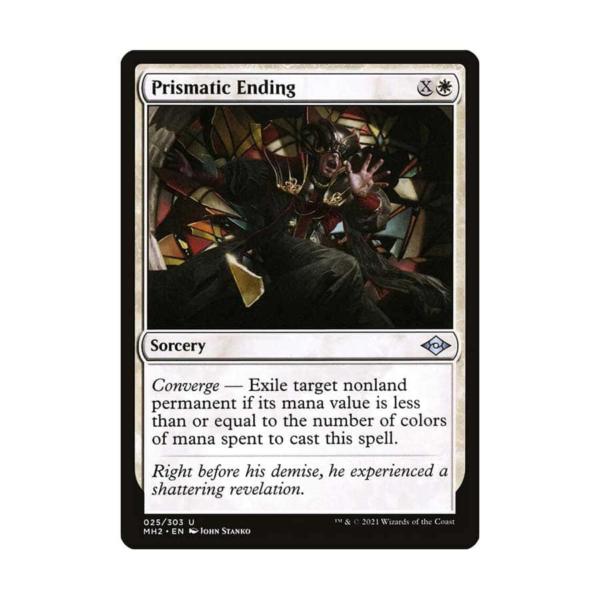 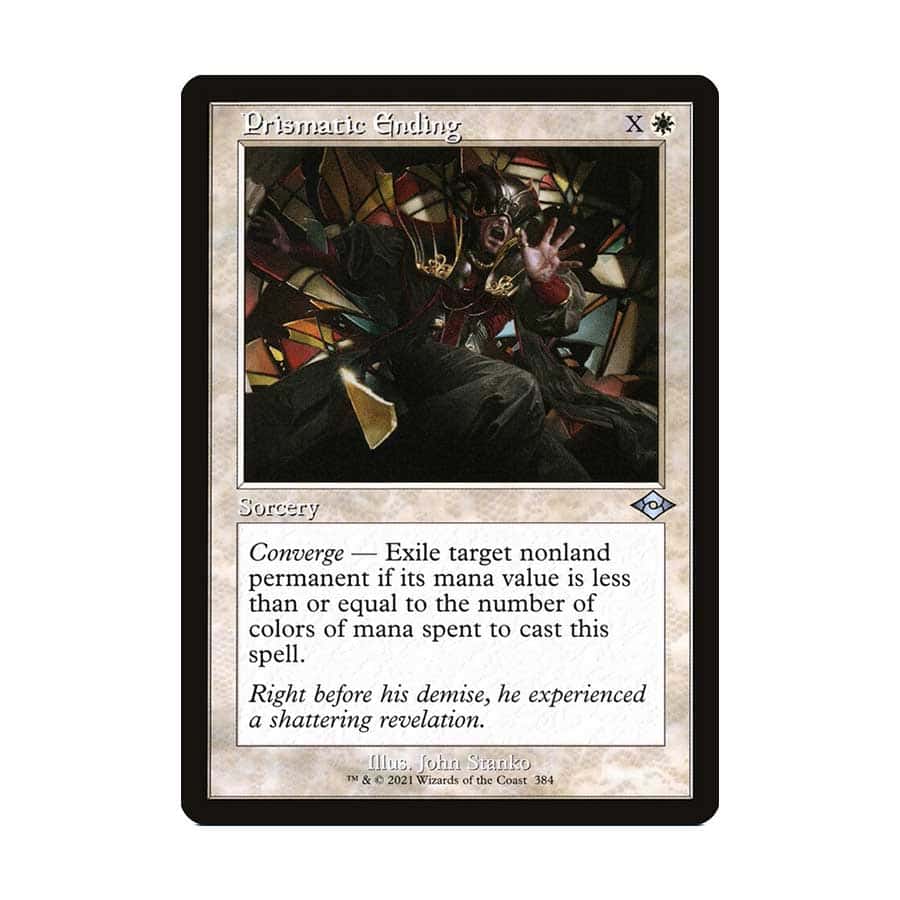 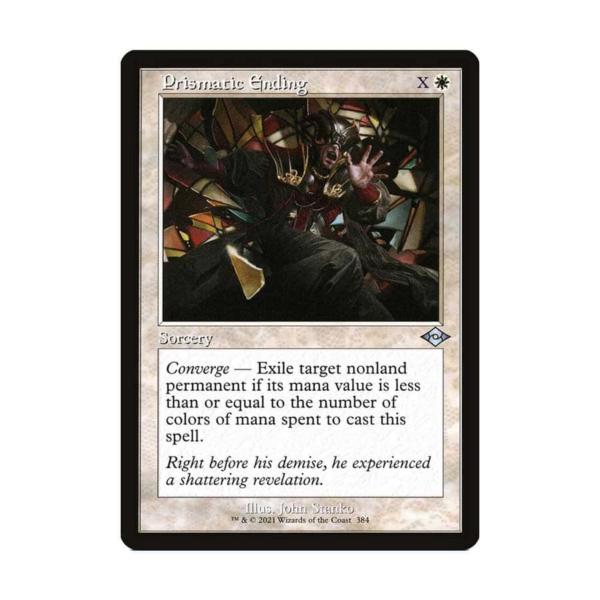 Mana Cost: XW
Converted Mana Cost: 1
Types: Sorcery
Card Text: Converge — Exile target nonland permanent if its mana value is less than or equal to the number of colors of mana spent to cast this spell.

Not the Modern Horizons 2 card that many had in mind for Storm combo when the set was spoiled, but it’s been fantastic!

Prismatic Ending answers most hate-permanents on curve from Deafening Silence and Thalia, Guardian of Thraben to Trinisphere. This might seem weird, but Prismatic Ending does answer Sphere of Resistance effects for two mana. The trick is to announce the spell for one mana, then pay the tax with a second color. Now the spell meets the requirements to be cast while also meeting the color requirements to exile the problematic permanent!

One of the best things that Prismatic Ending does is stopping the “snowball effect” that these permanent-based disruption decks aim to create. Typically, with a bounce spell, it’s required to sit and plan for an opportune time to cast it before moving in for the kill. Not anymore! Cleanly removed forever with this white haymaker.