Today, I asked Twitter, “What’s the play?” This article is my answer and only one of many possibilities.

To describe the scenario a bit, we were forced to cast the main-deck copy of [[Echo of Eons]], and unfortunately had to pass the turn. On the opponent’s turn, they used our very own [[Wishclaw Talisman]] against us to search up [[Collector Ouphe]], cast it, and then played a [[Gaddock Teeg]] from their hand. We’re now in the draw step, having drawn [[Dark Ritual]]. 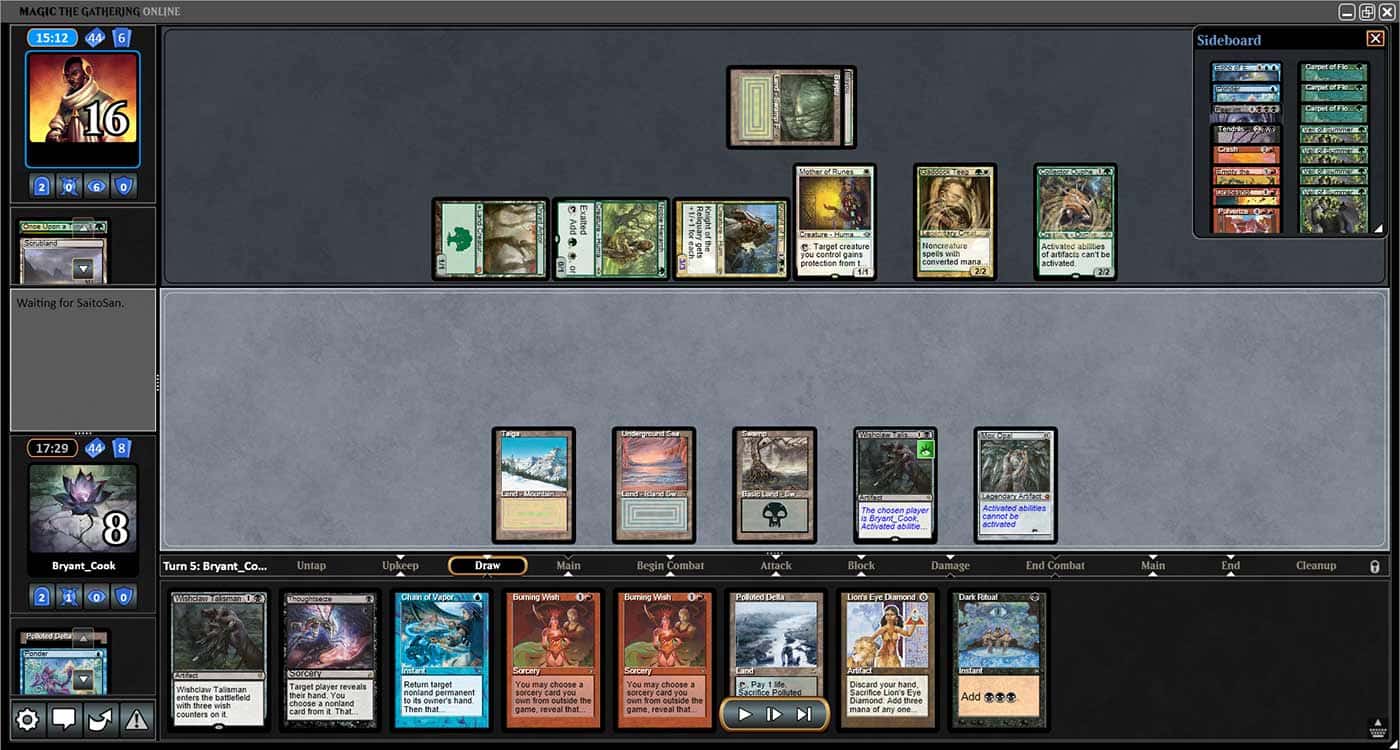 I’d start off by playing the [[Polluted Delta]]. It’s the easiest decision to make. might as well get it out of the way — don’t over-complicate things for yourself. This land represents our second red source for [[Grapeshot]]. Please keep this in mind. Normally, we could lean on [[Mox Opal]] but the [[Collector Ouphe]] has nullified its ability.

I’m not interested in sacrificing all of the lands to increase Storm count by bouncing our own artifacts if we don’t have to. It also signals to our opponent that something is up if we’re willing to sell the farm for something that obviously won’t work. This could cause them to realize the plan and allow them to decide to let it to resolve. Copy the [[Chain of Vapor]] and then return our [[Wishclaw Talisman]] to our hand. At this point, you could activate the [[Wishclaw Talisman]] for the second copy of [[Chain of Vapor]]. This would likely lead to a sideboard [[Echo of Eons]] line.

There is a single extra copy of [[Grapeshot]], and it doesn’t really matter what you do with it. Kill the [[Mother of Runes]] or one damage to them — whatever. We could’ve not have cast the [[Lion’s Eye Diamond]], but there’s no point in this turn where we can afford to play around [[Force of Vigor]].

At this point [[Burning Wish]] resolves. Retrieve [[Tendrils of Agony]] and cast it for exact mana and Storm count (Storm 8)!