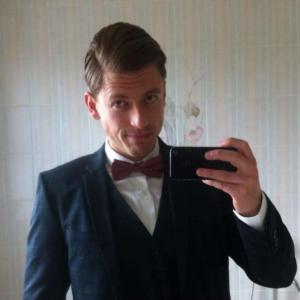 Dig Through Time is banned.

There it is: The big restriction everyone was expecting beforehand and it’s a good one for the format, which suffered from the streamlining Dig Through Time had on control, aggro and combo decks leading to an undesirable state of similar looking decks with simply varying kill conditions. For me, its still confusing why Dig Through Time wasn’t removed from the Legacy card pool at the same time Treasure Cruise was banned – as both cards are not only pretty similar in terms of power level, but also in regards to them warping the Legacy metagame. Maybe it was overshadowed by all the Delver of Secrets decks floating on the surface of the Legacy tournament performances, which preferred the sheer card advantage of Treasure Cruise for a lower mana cost during that time and the similarities between the cards lead me to believe that the metagame will not revert back to the time before Dig Through Times breakout, but pre-Khans of Tarkir.

This banning will have dramatic impact on the Legacy landscape. The loss of Dig Through Time is a crippling one for the mono-blue Show and Tell variants relying on Omniscience as their prime tool for card advantage and their redundancy of combo components is suddenly gone, without proper replacement in sight. Show and Tell variants will likely revert to blue-red variants running Sneak Attack to put Griselbrand or Emrakul, the Aeons Torn into play. Storm decks were cutting Xantid Swarm from their sideboards, due to the fact that Show and Tell dropping Omniscience into play likely caused an immediate loss, Xantid Swarm might see a glorious comeback against the Sneak Attack variants as it negates the cards drawn through Griselbrand on your combo turn.

Just like Treasure Cruise, Dig Through Time forced its way into various tempo variants running Delver of Secrets as the primary threat and with the Delve-spells being used to refuel in the mid-game, creating even more pressure on other decks. These cards did this while being less conditional than Hymn to Tourach or Stifle which were two defining traits of tempo decks in the format and most likely will again. It might cause problems for Storm as both traits are faster than Dig Through Time which wasn’t a threat or a must answer in the first two or three turns of the game unlike the before-mentioned two cards which will also come with an unpleasant guest across the table: Wasteland. The return of attrition based strategies enriches the Legacy metagame, but will also cause troubles for Storm and TES in particular if it’s hand and mana base is pressured early unlike in previous months and with Stifle/Wasteland and Hymn to Tourach being absent from the top high tables thanks to less interaction in those decks with Treasure Cruise and Dig Through Time taking up space.

The combination of Shardless Agent into Ancestral Vision will see a resurgence in paper and online-play as result of the B&R announcement. The power level this interaction embraces, if it wasn’t ridiculed by the easy-to-fulfill requirements to cast Treasure Cruise for a mere blue mana to gain the same raw card advantage. This archetype potentially is the first one which will offset the struggling Grixis/4-Color Delver players. Death & Taxes has a much better shot at winning against Show and Tell variants featuring Sneak Attack than against those with with Omniscience. I suspect this (lately) struggling deck will be on the rise again soon as well as Elves, which are both traditionally favorable match-ups for TES due to its explosiveness – but make Dread of Night and Chain of Vapor once again options to consider, especially as they have application against blue-white midrange strategies as well.

For me an interesting observation will be, what will happen to the Life from the Loam decks and Miracles, now that the number of Gitaxian Probe and Preordain in the metagame will shrink due to cantrips no longer being a self-fulfilling promise of card advantage, like during the reign of Treasure Cruise or Dig Through Time. How crippling is Chalice of the Void and Counterbalance under the influence of decreasing numbers of one mana cantrips? Will Black Vise spawn a new generation of hyper-aggressive mana denial strategies or even being a foil to Miracles? Time will tell…