Through the Looking Glass: Elves with Julian Knab

Special thanks to Julian Knab for his contributions to today’s article.

Today, like Alice, we climb through the looking glass. Elves is one of the most powerful and popular decks in the current meta. The little green men can form a solid grindy game plan, or with the help of Glimpse of Nature and Natural Order, can combo off as quickly as turn two. The storm variants have a faster fundamental turn than Elves, meaning we are often racing the deck: picking off their combo enablers, while fighting through specific pieces of interaction (most notably Deathrite Shaman pre-sideboard, and Discard and Green Sun’s Zenith for interaction post sideboard).  A skilled Elves pilot is a formidable force, that should not be taken lightly in any round of a tournament. We sit down with Elves master and Legacy aficionado Julian Knab – and pick his brain on the Elves versus Storm matchup. 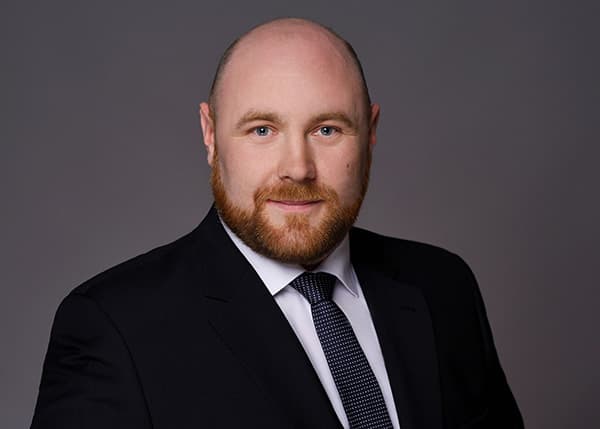 A few words on Julian:

In 1998 two peaceful aliens journeyed to Earth, seeking our help. In return they gave us the plans for Julian’s first Elves deck, allowing green mages to open the doors to competitive Magic. He has assembled a list of unique card choices to protect Llanowar and its allies: courageous creatures committed to the highest ideals of green magic — and dedicated to preserving card draw and mana production in the Legacy format! These are the adventures of the Quirion Rangers!

Traditionally combo decks with a faster fundamental turn, can be challenging – is this your sense of the pre-board matchup?

Generally speaking, yes. It does depend on the nature of the combo as some can actually struggle when they’re on the draw vs a turn 1 Deathrite Shaman, but on average I think most faster combo decks are favored game 1 vs Elves.

How would you characterise the matchup pre-board, is it purely a race or are there other avenues of disruption/attack that you employ?

It’s almost a pure race, but both runners get a stick to slightly poke each other to throw them off balance. TES has discard which can slow Elves down a lot, while Elves has Deathrite Shaman, which once in a blue moon can shut down an otherwise critical line for TES. The matchup is quite different from ANT in that regard, where Deathrite Shaman is my primary game plan.

Are there any cards you don’t want to see in game one against storm? Or cards that are very weak. Also, conversely, what cards are you looking to draw?

My understanding is that most TES lists are very streamlined when it comes to maindecks. I don’t want to see discard as it will often buy more time for them than it costs them and also help them understand how big of an Empty the Warrens they need. Regarding cards that feel weak, I would say Empty the Warrens as quite a lot of times people underestimate how many Goblins they will actually need (see below). Cards I’m looking to draw are Glimpse of Nature, Nettle Sentinel and Gaea’s Cradle as they help a lot with the rare turn 2 kill from Elves. Other than that, I like drawing 2-toughness creatures.

Elves has access to a full suite of sideboard options: Cabal Therapy, Mindbreak Trap, Surgical Extraction, Gaddock Teeg and Ruric Thar, The Unbowed to name a few – what is the most effective disruption you like to employ?

For TES, I like Mindbreak Trap the most. Unlike with ANT, Surgical Extraction will on average just barely be “ok” vs TES; most of the time I will even only bring in 1 copy. Discard is a little worse vs TES because of two reasons: 1) It slows you down, which is even more critical vs TES than vs ANT. 2) TES has more redundancy regarding their mix of big mana and business spells, often making it harder to create a bottleneck of resources. Discard is still ok, but I prefer Mindbreak Trap a lot more since it doesn’t cost you any tempo. The trap also works quite well with hatebears as the time it buys you is critical for getting that Green Sun’s Zenith=2 for Gaddock Teeg or the rarer turn 2 Natural Order for Ruric Thar, The Unbowed in time. Regarding the choice of hatebears, I’m currently playing neither, but I’d much rather have Gaddock Teeg than Ruric Thar, The Unbowed since Gaddock Teeg is much easier to get on turn 2.

There is some disagreement among storm players in terms of how to characterize the post-board matchup – with some players characterizing it as very grindy, while others approach it as much more of a race. How do you approach the post board matchup?

Unlike vs ANT, the postboard matchup vs TES doesn’t really change a lot. Having access to Mindbreak Trap is great as it will often buy at least some time, but TES being less vulnerable to graveyard hate means that the ANT-plan of getting them to ~12 life and having Deathrite Shaman + Quirion Ranger is much less viable.

I think the biggest subgame with TES trying to judge how many Goblins they need to make with Empty the Warrens, at which point of the game. A common rule of thumb for Elves players is that if Elves is on the play, TES making just 10 Goblins on their turn 1 will very often not be enough for them to take it. 12 Goblins on the other hand is something I’d not feel favored against unless I had a turn 3 kill with Nautral Order or Glimpse of Nautre. Other than that, I don’t think there’s some real subgames to the matchup other than basic tactics of playing discard vs decks with Brainstorm. I guess one should mention Reclamation Sage, which is a card I used to take out a lot but recently started leaving in as it can punish TES players who like to play their Lion’s Eye Diamonds to protect them from discard. But, once again, this is even more relevant vs ANT where games will often end up in quite a big grind.

How important is removal (from a Storm player) in the post board matchup?

I don’t think it’s very imporant. You obviously need to have some kind of out to Gaddock Teeg, but having access to Burning Wish already does provide some flexibility there. I also can’t Natural Order or Green Sun’s Zenith=8 them while Gaddock Teeg is on board (unless I sac it to Cabal Therapy), so there’s even less imminent danger.

What do you name with your Cabal Therapy(s)?

Assuming this question is about TES, not ANT: Depends a lot on context. For turn 1 Cabal Therapys I will sometimes name Brainstorm (especially if I have Mindbreak Trap), but generally I’d rather just play a Deathrite Shaman. Later-on you have to try and read them on whether they are looking for business or mana, which can be quite hard. If I have Surgical Extraction in hand and they are tight on mana but have Lion’s Eye Diamond, I’m a little less scared of Ad Nauseam since taking out Lion’s Eye Diamond in response will at least force them to find a Burning Wish. Which in turn means that I’d rather take out a mana source with Cabal Therapy, likely Dark Ritual. But all of this is so context-dependant. For example if they already have a critical mana/business spell in the yard, it can also be worthwhile to take that one out with Surgical Extraction to get a clear read for Cabal Therapy. Or, if you are thinking they might cast Brainstorm in response to Cabal Therapy, you can then Surgical Extraction after the Brainstorm to not only shuffle away the good spells, but also get a free peak for Cabal Therapy.

If I was completely in the blind with no relevant context and wanted to delay the game the most, I would likely name Lion’s Eye Diamond with Cabal Therapy as it’s their best acceleration.

What should your opponent name (assuming they aren’t comboing off immediately)?

If you have seen Gaddock Teeg in game 2 and I lead with acceleration on turn 1, Green Sun’s Zenith is surely a good name as it’s a 4 of that leads into a high impact turn 2 play. Natural Order is also an ok card to name, but don’t do it on turn 1 unless your manacurve says you have to. I also wouldn’t say that Deathrite Shaman is the worst thing to name, but my gut feeling is that if Deathrite Shaman is the card you want to name, you’re probably better off just waiting a turn or two and name something that will actually stop you, like Mindbreak Trap. For Glimpse of Nature, I usually side out between 2-4 copies, depending on how much stuff I bring in.

What are the biggest mistakes that Storm players make against you?

Not making enough Goblins. Elves has lots of explosive capability and unimpeded will not rarely pass on turn 2 with 5 creatures on the board. Also, randomly naming Glimpse of Nature with Cabal Therapy post-board. Like, there are some situations where I can see why they wan to name it because my board really looks like I could Glimpse them out next turn. However, in 90%+ of cases Natural Order would do the same, while being the more commonly played post-board spell. Also, when on the play, don’t name Green Sun’s Zenith on turn 1 when you could just as well name Deathrite Shaman or wait until your turn 2 to name Green Sun’s Zenith.

Are there differences in how you approach TES and ANT?

YES, big time! Like I mentioned before, my primary game plan vs ANT is to get them to around 12 life and have Deathrite Shaman + Quirion Ranger active. This way I get double-graveyard control while also having them at a virtual 8 life. This makes it very hard for them to win through either Ad Nauseam or Past in Flames. You still lose to tutor chains, lucky Ad Nauseams or the rare Past in Flames line with triple business spells in the yard or tons of mana. That’s ok though since between Surgical Extraction, Discard and Mindbreak Trap, neither of those scenarios happens often enough to really scare me.

TES is different in that it will often almost completely bypass the graveyard, therefore making my primary angle of attack a lot weaker.

How many Goblins is enough Goblins?