Through the Looking Glass: Moon Stompy with Zac Turgeon

Special thanks to Zac Turgeon for his contributions to today’s article.

Before the bannings of Deathrite Shaman and Gitaxian Probe, Moon Stompy was by far the most prominent prison strategy you would see in Legacy. With most fair decks having a very greedy manabase, Blood Moon was very, very good. However, I wouldn’t expect to see Moon Stompy diminish, as it is a very powerful deck. With the metagame not settling yet, it is hard to say what is to come, but I believe that Moon Stompy won’t be going anywhere. This month we brought on Zac Turgeon to help players of both decks better understand the matchup and its intricacies! 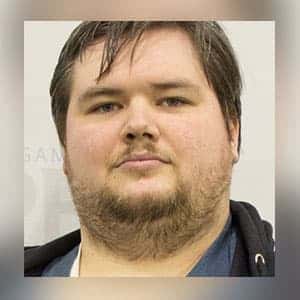 A few words on Zac Turgeon (Optimis344 on MTGO and Twitch, The_Amazing_Zac on Twitter):

Zac Turgeon has been playing card games his whole life, and MTG competitively for the past 7 years. He picked up Moon Stompy in 2013 because it was a prison deck, and that wasn’t really possible in other formats. He popularized the “Goblin Stompy” version with Moggcatcher, and then the current planeswalker heavy version. Outside of Magic, he enjoys cooking, reading, drinking scotch and hopes to one day open up an upscale ice cream shop.

Depending on your hand, what is your game plan for game one once you find out your opponent is on The Epic Storm? Adding to this, what cards would you prioritize game one if you don’t have Chalice of the Void or Trinisphere?

If your hand doesn’t have a lock-piece but has a Fiery Confluence, how would you weigh it?

Pretty poorly. For me to keep a hand without a lock-piece knowing I am playing storm, it basically needs two copies of Goblin Rabblemaster and a way to cast them on turn 1. Fiery Confluence is a great tool to have, but it’s a sledgehammer and not a scalpel. It may be too slow depending on the mana situations and the number of goblins made.

How do you value Blood Moon and Magus of the Moon for the matchup?

They are ok, but they need additional help. A common opening is a Blood Moon effect and then a Chalice of the Void on zero. This normally buys enough time to win the game. But without a Trinisphere or Chalice of the Void to hinder Lotus Petals, it becomes a risky proposition. So if Blood Moon is my only lock piece, I want to back it up with a quick clock to limit the draws to colored sources.

What type of hands would you mulligan? For instance, if you had Blood Moon as well as two copies of Goblin Rabblemaster, but no other lock-pieces or Fiery Confluence, do you keep?

I would keep that specific hand (assuming it had the mana to cast things). The keys from the Stompy side of things are all about the speed of the game. Storm decks, in general, are pretty easy to lock out, but because of that, they will always have the required hate cards to escape eventually. So mulligan hands that don’t have strong turn 1 plays or that are too slow.

What cards should pilots of The Epic Storm look out for besides Chalice of the Void, Trinisphere, or Blood Moon? Why?

What’re your thoughts on Mono-Red Sneak Attack compared to Moon Stompy? Are there metagames where one is better than the other?

I personally hate the Sneak Attack version. The reason that Moon Stompy works is that it’s essentially a two piece combo deck, that becomes a powerful midrange deck. So piece 1 is the mana and piece 2 is the payoff. The payoff can be anything from a lock-piece to a Chandra, Torch of Defiance. If the game progresses, then your deck becomes a midrange deck, with sweepers and powerful planeswalkers.

In the Sneak Attack version, you are a 3 piece combo, with no backup plan. You still need the mana and the payoff, but now you also need a facilitator in the form of Through the Breach or Sneak Attack. Additionally, if there plan fails, they have so many more dead draws because of the amount of large creatures that clog the hand.

I’m sure there are metagames where Sneak Attack is better, but I certainly haven’t found one. You just increase the fail rate on an already volatile deck, in exchange for winning in a more spectacular way.

How do you feel about Moon Stompy in a post-Deathrite Shaman metagame?

It really depends on how the metagame shakes out. Right now, everything is in flux, and this deck is very matchup dependent. Basically, of the 20 or so major legacy decks, I feel favored against all of them that don’t have Stoneforge Mystic or Show and Tell. That may sound like I am talking it up, but frankly, I think its the truth. The deck still has a natural fail rate, so you can certainly lose good matchups, but as the metagame shifts, those are the two cards to watch for. If those increase, this deck gets worse or has to adapt.

How do you feel about your matchup with The Epic Storm now that Gitaxian Probe is banned, and we play Thoughtseize over Cabal Therapy?

I think it got worse for me. While I still feel favored, my game 1 got worse. Now in addition to losing the roll and dying to a turn 1 kill, now I need to worry about losing the roll and having my hand-picked apart. Before, almost no one would lead on a turn 1 Cabal Therapy in the blind and name a card correctly. Now, a Thoughtseize will always know which card to hit.

How do you feel about Pulverize and its effect on the matchup?

What mistakes do players of The Epic Storm make against Moon Stompy the most?

They let me have a turn. The best way to beat me is to take riskier lines that allow for quicker kills. This includes things like making 8-10 goblins on turn 1. It’s much harder for me to be the reactive deck, rather than the proactive deck so taking the fight to me before I can deploy a pile of lock pieces is much better than spending turns finding the perfect line and being shut down by walls of hate.

What is better versus The Epic Storm, Chalice of the Void on one, or zero?

I want to give a big thank you to Zac Turgeon for joining for joining us on this month’s Through the Looking Glass! His thoughts definitely gave me a better insight on Moon Stompy as a deck as well as the matchup. Feel free to comment or reach out to either of us for any questions you might have on the matchup!

For more information on the Moon Stompy versus TES matchup see these resources:

07-08-2018 Legacy Challenge – Bryant_Cook vs. Allewri with Moon Stompy on Magic: the Gathering Online