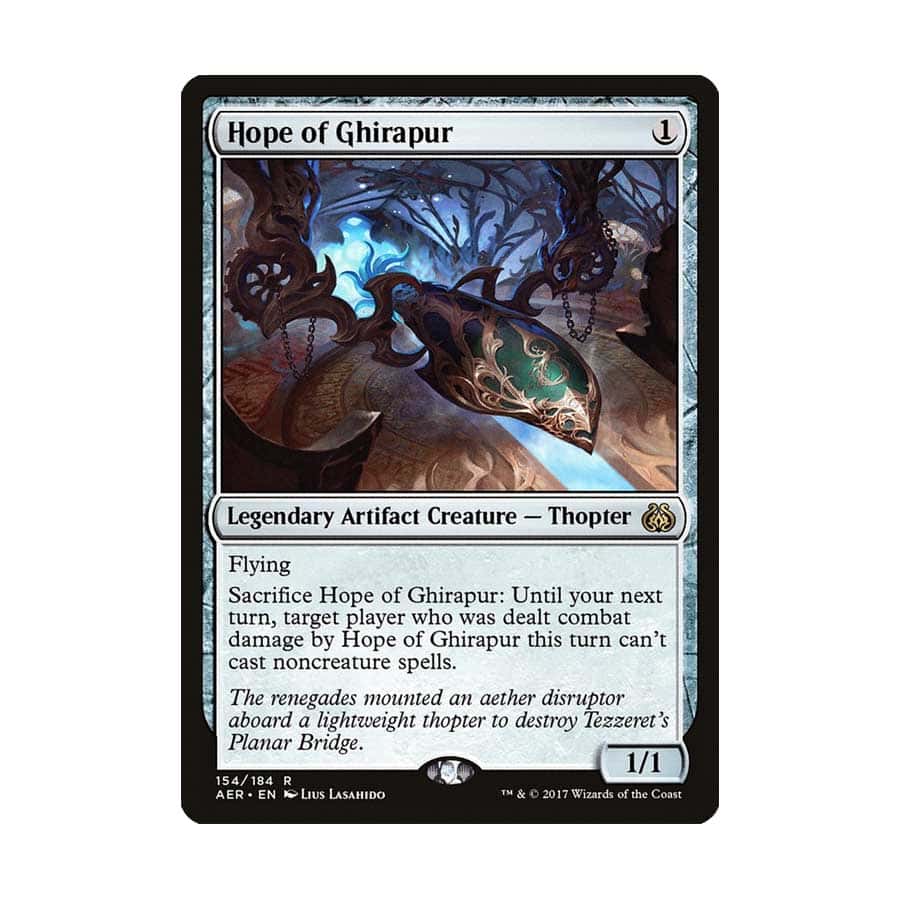 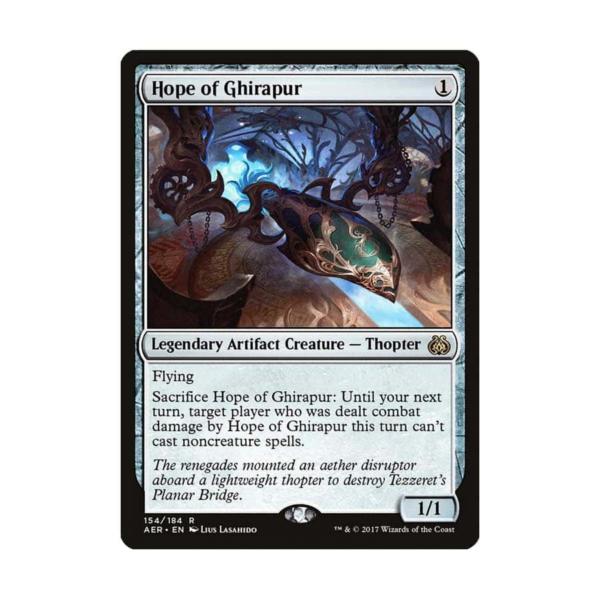 Xantid Swarm’s little brother so to speak, while Hope of Ghirapur does it’s best to be as good as Xantid Swarm, it’s not quite as good. That said, it sure is easier on the mana-base by not requiring green, this is why it sees play. The effect is certainly comparable, the main differences are that Hope of Ghirapur is a one time use – that targets. This is relevant because of Leyline of Sanctity, where Xantid Swarm does not target. Hope of Ghirapur also requires it to deal damage, meaning it can be blocked by Delver of Secrets, Griselbrand, Baleful Strix and other flying creatures. Speaking of creatures, it’s effect doesn’t stop the opponent from casting creatures. This means Vendilion Clique can still disrupt you if the opponent chooses not to block. “Well, why does it see play if it’s this much worse?” I can’t emphasize enough how much easier casting Hope of Ghirapur is, it’s best off from a basic land or even a Badlands as these things help advance your game-plan. Bayou is simply a wasteland target that happens to be a worse swamp. The real benefit to Hope of Ghirapur over Xantid Swarm is its synergy with Empty the Warrens, Hope of Ghirapur actually stops the opponent from casting their sweeper effects (such as Engineered Explosives, Toxic Deluge, or even Terminus) on the following turn — this is an enormous upside! There’s also the added benefit of dealing damage to the opponent.

Don’t forget! If your opponent is sitting on creature removal, you can always sacrifice Hope of Ghirapur to a Cabal Therapy.