Through the Looking Glass: Bant Control with Anuraag 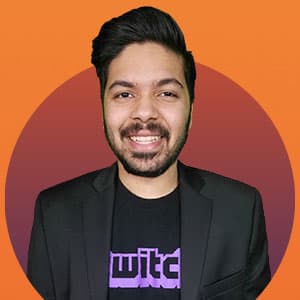 A few words on Anuraag Das

Anuraag Das is a Twitch streamer, podcaster, commentator, content creator for Channel Fireball, and Legacy enthusiast. Anuraag may be best known as a Miracles pilot but can more often be found playing five-color control brews on stream.
With the release of Modern Horizons 2, Bant Control gained [[Prismatic Ending]]. How has this card impacted The EPIC Storm matchup?

[[Prismatic Ending]] has actually been excellent versus TES which is strange to say for a white removal spell. Unlike [[Swords to Plowshares]] or [[Terminus]] which basically have little to no text in the matchup, the upsides to [[Prismatic Ending]] are apparent in handling problematic permanents like [[Defense Grid]] and [[Carpet of Flowers]]. Obviously not all lists are the same, so having coverage for random cards like [[Hope of Ghirapur]] (hello? 2018 called) is nice. Additionally, it’s pretty cool to get rid of a pre-combo [[Wishclaw Talisman]]. It also gets around [[Veil of Summer]], which is huge from the control perspective and a massive upgrade from 5c Snow’s [[Abrupt Decay]].

How highly do you value [[Endurance]] in the matchup? Is it worth keeping a hand without a ”Force” effect?

[[Endurance]] has no text in this matchup as far as I can tell. I battled TES recently and drew [[Endurance]] in the pre-board game. I was able to deny one mana from a [[Rite of Flame]], then promptly died that same turn.

Yeah, [[Empty the Warrens]] is a card that I respect even if it’s not trending. The cost of keeping in a [[Terminus]] or two seems pretty low, especially when you might just be able to [[Wishclaw Talisman]] for it. Look, the last thing I want is to get slimed and look like a fool with my pants on the ground. Fortunately it has yet to happen. No, put that link away.

What sort of interaction do Bant Control decks have before post-board games? What should The EPIC Storm be on the look-out for?

How do you think The EPIC Storm matchup compares to other [[Dark Ritual]] combo decks such as [[Ad Nauseam]] Tendrils?

Honestly, ANT isn’t even on my radar anymore. My strategy with Bant versus any Storm deck is to just play a bunch of hatebears like [[Ethersworn Canonist]] and [[Hullbreacher]] with a few copies of [[Null Rod]] mixed in. A big factor in the [[Dark Ritual]] matchup is [[Endurance]]. That card has gameplay against [[Past in Flames]] and [[Thassa’s Oracle]] (looking at you [[Doomsday]]), which is basically adding four extra free pieces of interaction into the mix. I can’t really [[Endurance]] my TES opponent out of the game, so I’d rather play the other [[Dark Ritual]] variants if possible.

One thing I’ve learned from my days with Miracles is the only real way to beat combo with control is by locking them out of the game. Quite frankly, combo decks are just too good at breaking down walls of countermagic, so the other options are racing (hah!) or not letting them play the game at all. [[Counterbalance]] used to do the trick very well until it became unplayable ; the format became very two-drop and three-drop-(mana value) centric. Now, the next best cards are [[Ethersworn Canonist]] and [[Null Rod]]. [[Ethersworn Canonist]] is great versus [[Dark Ritual]], but also has upside against Sneak & Show, Hogaak and Elves. The recent rise of [[Urza’s Saga]] also makes [[Null Rod]] very desirable, and the overlap against [[Lotus Petal]] and squad makes it an easy inclusion in current sideboard iterations. I’ve also got some copies of [[Flusterstorm]] because [[Veil of Summer]] is scary, and I want to be prepared. Don’t forget [[Hullbreacher]] is a very played card, lining up very well against [[Brainstorm]], [[Ponder]], and most importantly [[Echo of Eons]].

Literally just look at Bryant Cook latest list on YouTube (go subscribe! #notsponsored), and go from there. At this exact moment, I’m thinking about copies of [[Galvanic Relay]], but also conscious about other potential cards like [[Defense Grid]], [[Carpet of Flowers]], anything played in the past as a “Gotcha!” card.

[[Veil of Summer]] is a crucial card from the Storm perspective. How do you feel about it from the Control side?

[[Carpet of Flowers]] has been a key sideboard card from both sides of the table, what are your opinions on it post-Modern Horizons 2?

[[Carpet of Flowers]] was never really terrifying when played against me from the Storm side. I think it allows for some weird wins, but in general, having extra mana is not alarming from the control side unless it’s paired with cards I can’t interact with (like hardcast [[Tendrils of Agony]] into hard-cast [[Tendrils of Agony]]). In general, my rule of thumb is business spells are way stronger than mana spells as games are slow, and the TES side will have time to draw into more mana. Something like [[Galvanic Relay]] is way, way scarier than [[Carpet of Flowers]].

How has the printing of [[Galvanic Relay]] impacted the matchup to you? Has this card impacted how you value [[Hullbreacher]] in the match-up at all?

[[Galvanic Relay]] is very powerful. The sideboard plan that’s just drawing 4-5 cards every other turn is kind of silly, and current iterations of control really can’t keep up in terms of card advantage. The good news is that some of the cards like lands or mana spells don’t really matter, but drawing four cards is still drawing four cards. Getting four cards closer to the next action spell or [[Veil of Summer]] is just so good, there’s nothing else in combo colors that can do that, right?

The thing about [[Hullbreacher]] is that it’s actually just not good versus TES. When I think about where [[Hullbreacher]] is good, it’s where the card shuts off the enemy combo entirely such as stopping [[Doomsday]] from combo killing the same turn, turning off [[Griselbrand]], things like that. Stopping just [[Brainstorm]] or [[Ponder]] isn’t enough as usually those cards just get cast on turn 1-2 before [[Hullbreacher]] comes down. The card has to do more, and against TES it doesn’t do that. I get that it shuts down [[Echo of Eons]] and I suppose stopping [[Peer into the Abyss]] is nice, but those aren’t the most common lines taken in the matchup so I rank this hate-bear lower on the totem pole.

[[Aeve, Progenitor Ooze]] is a sideboard option for The EPIC Storm. Do you find this any different than [[Empty the Warrens]]? Do they require different answers? Does the scaling size of the creatures play any impact?

Like [[Empty the Warrens]], [[Aeve, Progenitor Ooze]] is mostly a “Gotcha!” card. In situations where the card isn’t on my radar, I think I will lose to it 10-of-10 times. When it is trending, however, losing to the card is very very rare as keeping in some copies of [[Terminus]] is simple with Bant’s sideboarding. In terms of dealing with the card, I will give props to [[Aeve, Progenitor Ooze]] in that it doesn’t die to [[Engineered Explosives]] like the [[Goblin Token]]s do. Part of the reason I think [[Empty the Warrens]] is so potent is also because you can combo off as early as turn two or in crazy scenarios turn one, which is enough to ensure a win. The casting cost likely means you need either [[Carpet of Flowers]] or [[Lion’s Eye Diamond]] exactly, and this gives the control side enough time to sift through cards to find [[Terminus]]. The scaling size is kind of useful, but also hard to evaluate – it’s good for getting through any post-board copies of [[Endurance]] or [[Uro, Titan of Nature’s Wrath]] that stick to the board. Do I think that’s it? I’m not sure if that’s enough to merit being a positive to the card.

It’s hard for me to say what errors come from the other side of the table. The games I lose the most are like… not just one [[Veil of Summer]], but two or three in the combo turn. Playing slowly is so powerful for the combo side that I’ve given up on drowning the deck in card advantage and started trying to just lock them out in general. That’s the mistake I think most Bant decks make – they just don’t have the proper sideboard cards to win the matchup. For example, I am playing multiple copies of [[Ethersworn Canonist]], [[Null Rod]], and [[Flusterstorm]]. Without all of these, I feel like I am likely to lose to Storm, and yet, I see lots of lists not respecting [[Dark Ritual]] with the same degree of hate. I can’t blame them though because sideboard slots are limited, and you do have to pick and choose your battles (a good example is seeing [[Back to Basics]] or [[Force of Vigor]] to beat [[Cloudpost]] or Affinity strategies at the cost of [[Ethersworn Canonist]] or [[Flusterstorm]]). I just hate losing to Storm, so I do what I do!