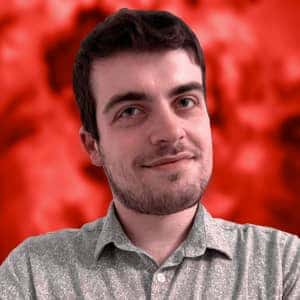 Through the Looking Glass: Doomsday with Ethan Formichella 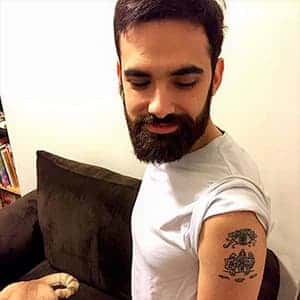 A few words on Ethan Formichella

Ethan started playing Magic with the release of Apocalypse, and fell in love with Storm strategies starting with the [[Heartbeat of Spring]] + [[Mind’s Desire]] deck in the old Extended format. He started playing Legacy casually with The EPIC Storm around 2010 and in the past few years has been playing a lot of MTGO Legacy Storm, primarily ANT.

How do you feel about [[Doomsday]] in the current metagame? And what are your thoughts about the matchup with The EPIC Storm?

I think that [[Doomsday]] is currently positioned pretty well. The main decks that I’m afraid of are URx Delver and Eldrazi Aggro. I feel like I have a pretty good game against just about everything else. I also think that [[Doomsday]] tends to be very strong against other combo decks since it plays a lot of disruption, has a very compact combo, and opposing combo decks tend to not have much of a board presence to punish paying half of my life. While The EPIC Storm is generally the faster deck and has [[Veil of Summer]] as a strong answer to my disruption, I still tend to win the matchup more often than not. I believe it is mostly because my combo requires far fewer resources so I can spend most of my cards on slowing the opponent down.

With the printing of [[Thassa’s Oracle]], [[Doomsday]] decks have been seeing an unprecedented level of success. Are there any new cards from “Ikoria: Lair of Behemoths” that you will look to utilize?

Unfortunately, there isn’t anything that jumps out at me. I know a lot of Storm decks are looking at [[Lurrus of the Dream-Den]]. That’s something I’d be interested in trying, but it would mean removing [[Street Wraith]] and [[Teferi, Time Raveler]] which I think are meaningful sacrifices. I’m not confident that it will make the cut long-term.

What sort of interaction does [[Doomsday]] have before sideboarding? What should The EPIC Storm be on the lookout for?

In game one, the interactive cards that pretty much all lists have are [[Force of Will]] and [[Thoughtseize]]/[[Duress]]. Some lists also have [[Veil of Summer]] which tends to not matter much against The EPIC Storm. Others have [[Teferi, Time Raveler]], which isn’t particularly strong in the matchup, but does offer some utility in preventing my discard spells from being stopped by [[Veil of Summer]]. There also are lists floating around that include [[Daze]], but most aren’t playing it right now.

How likely are you to keep a hand with the combo but disruption/protection? Should we expect a [[Doomsday]] opponent to have mulliganed for a [[Thoughtseize]] or a [[Force of Will]] against an unknown opponent?

Against an unknown opponent, I’m very willing to keep a hand without discard or [[Force of Will]] if it includes a fast combo and/or good card selection. From The EPIC Storm’s side, I wouldn’t assume that my [[Doomsday]] opponent mulliganned aggressively for early interaction in game one.

I think casting [[Empty the Warrens]] for 10-plus [[Goblin Token]]s is a pretty reasonable plan on turn one because it puts me on a clock and makes it so I can’t pass the turn after casting [[Doomsday]] which is generally how I win quickly. I think it’s generally too slow after that, but it’s certainly scary if you can do it quickly and/or pair it with discard.

Are you worried about losing life against The EPIC Storm? Would you choose to wait to combo in one turn rather than halve your life total the turn before winning?

Losing half of my life and passing the turn is pretty dangerous against The EPIC Storm compared to other combo decks because it means that [[Burning Wish]] often becomes lethal without having to go through a card like [[Echo of Eons]] or [[Infernal Tutor]] for [[Ad Nauseam]]. For this reason, I don’t really like to play [[Doomsday]] and pass without any kind of disruption to go with it. Of I have a hand that goes turn one [[Dark Ritual]], [[Doomsday]], however, I think I’m going to keep it and go for it and hope that the opponent can’t get to [[Tendrils of Agony]] in the turn that I give them. For what it’s worth, passing the turn after casting [[Doomsday]] can also be vulnerable to [[Echo of Eons]] because if I don’t have two or more cards left in hand after [[Doomsday]], I’ll lose to being unable to draw the seven cards from [[Echo of Eons]].

What other disruption pieces do you look at utilizing in this matchup? Are cards like [[Counterbalance]], [[Spell Pierce]], or even [[Veil of Summer]] in your list?

Personally, I don’t have [[Spell Pierce]] or [[Veil of Summer]], but I do have [[Counterbalance]] in the board which I think is quite strong in this matchup. I also have [[Surgical Extraction]] which I think isn’t at its best here, but is good enough when paired with discard and countermagic that I tend to bring it in. I’d also consider [[Echoing Truth]] since it can sweep [[Goblin Token]]s, bounce a [[Chrome Mox]] or a [[Mox Opal]] in response to a hellbent [[Infernal Tutor]], or bounce a [[Defense Grid]] or [[Wishclaw Talisman]] if my opponent has passed the turn so that I can constrain them on mana. I’d have to have some pretty weak cards that I want to board out in order to bring that in though. Additionally, it’s not really being played right now and isn’t in any of my lists at the moment, [[Orim’s Chant]] is a card that I’ve played in the deck before that is extremely powerful in the matchup. While I wouldn’t expect it out of [[Doomsday]], I think it’s worth being aware of as a possibility.

What hands are you looking to keep or mulligan in post-board games now that you are aware of what your opponent is playing? How aggressively do you mulligan for a hand that contains disruption/counter-magic?

I think I’d pretty much only want to keep hands that either contain disruption or cast a turn one [[Doomsday]] and give my opponent one turn to kill me before I untap and win. I’d also consider hands that cast a turn two or three [[Doomsday]] and have a cantrip that I could cast to try and find [[Force of Will]], but those are much more borderline.

How do you value cards such as [[Leyline of the Void]] against The EPIC Storm?

I’m not a fan of these cards and wouldn’t board them in. Stopping [[Echo of Eons]] is nice, but since I’m not pressuring my opponent’s life total at all, I’m never cutting them off of [[Ad Nauseam]] as a reliable option. If I’m wasting resources on graveyard hate, I’m making myself weaker against a fast [[Empty the Warrens]]. Plus, I feel that as a blue combo deck, [[Echo of Eons]] is already the worst Storm engine against me because my opponent risks drawing me into a [[Force of Will]] or having to pass the turn and losing to the combo.

I haven’t played the matchup many times to be honest, but I think on both sides (and in general), there’s a tendency to not be as aggressive about going off as possible and letting a window go by. This is something I know I tend to be guilty of myself, and I think people tend to risk more than they realize by holding off and trying to play around everything in combo mirrors. That’s not to say you should be reckless. For example, if your choice is to go off on turn one and lose to [[Force of Will]] versus cast a cantrip and try to find protection, especially on the play, it’s more often correct to just go for the combo.

How do you think The EPIC Storm matchup compares to other combo decks such as [[Ad Nauseam Tendrils]] or Sneak & Show?

Don’t forget that the opponent gets to see all of your exiled cards after casting [[Doomsday]]. If I’m casting [[Doomsday]] and passing the turn with two-plus cards left in hand, I like to put a [[Force of Will]] at the bottom of my pile since my opponent will see that not all four [[Force of Will]]s are exiled face up and maybe play around it. Note that I only do this if it’s completely free because there’s not much of an advantage to it — most opponents will either not notice or realize that they’re 100 percent dead if they pass the turn back.

Any shout-outs, plugs, or anything else you would like to mention?

[[Doomsday]] has an excellent community working on the deck, and I definitely have them to thank for a lot of the development that’s gone into it. I also recommend https://ddft.wiki as a resource for anyone who is curious about learning more.

Huge thank you to Ethan Formichella for joining Through the Looking Glass and providing some outstanding insights on the legendary [[Doomsday]] deck and it’s matchup with The EPIC Storm..

Until next time, keep Storming!