Through the Looking Glass: Elves with Adam Wallace 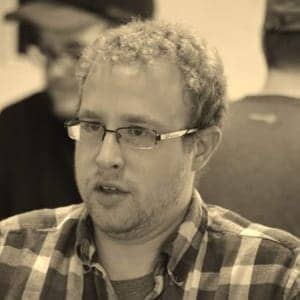 Adam Wallace is a long-time magic player hailing from the snowy state of Maine who you can often find minimum-cashing Grand Prix’s, and is probably best known for his questionable deck selection. Outside of Legacy, Adam can often be found playing whatever draft formats MTGO is currently supporting or out on the lake fishing.

With [[Wrenn and Six]] banned, how do you feel about Elves in the current metagame?

Elves seems to be pretty well off right now. It’s position in the Legacy metagame is preying on fair decks, and there’s a lot of solid matchups regaining popularity that [[Wrenn and Six]] was pushing down in decks like Death & Taxes and Maverick. That being said, you’re still often at the mercy of pairings since most of the format’s unfair decks are an uphill battle. Other trends I’m keeping an eye out for are the resurgence of black-based Delver decks which are more difficult for Elves than the [[Delver of Secrets]] variants that have discard and the prevalence of various sweepers and cards like [[Plague Engineer]] in the metagame as a whole. Much like Storm though, Elves is a great choice when the format is full of fair blue decks trying to out-muscle each other with clunky but powerful removal and expensive, sorcery speed hay-makers.

With TES now having access to main deck [[Echo of Eons]], as well as being able to play [[Wishclaw Talisman]] and pass, how do you feel this has affected the matchup?

Some of the biggest issues Elves has had in the past with TES is that so few of its anti-combo cards had relevant text against TES. While Elves often dedicates a large portion of its sideboard to fighting against other combo decks, the sheer range of different combo decks in Legacy still made finding hate good against TES while still being relevant against the rest of the field difficult. Now, the addition of these cards means that a card like [[Collector Ouphe]] now can shut off a good portion of the deck’s explosive mana, such as [[Lion’s Eye Diamond]]/[[Echo of Eons]] lines, and even half of TES’s tutors. [[Echo of Eons]] also opens TES up to some susceptibility to [[Leyline of the Void]], which is very often our graveyard hate of choice when combating the Magic Online metagame. These factors, combined with the risk of passing the turn post-[[Echo of Eons]] against an Elves opponent whose refilled their hand, have made the matchup lean more in Elves favor than it has in the past.

What cards do you play in the main deck that can disrupt The EPIC Storm?

Elves generally doesn’t run much in terms of disruption in the main deck. While some Elves pilots have been experimenting with moving [[Collector Ouphe]] to the main, the vast majority of the lists you’ll run into are running a copy of [[Archon of Valor’s Reach]] as our primary means of interaction against spell-based combo decks. While we do often have other occasionally relevant interaction in cards like [[Scavenging Ooze]] or a well-timed [[Reclamation Sage]] that might lead us to the occasional free win, our game plan against TES in game one is very one-dimensional. It’s to ramp ourselves into one of our payoffs and hope we’re not dead by the time we can cast it. In the case of a known TES opponent in game one, I will often mulligan aggressively for a hand that can cast [[Natural Order]] on turn two. That said, the addition of the singleton [[Chain of Vapor]] on TES’s side as well as the diversification of tutors to find an answer mean that [[Archon of Valor’s Reach]] on Sorcery is no longer the free win it was before v8.5.

What kind of disruption do you play in the sideboard for The EPIC Storm?

Once the match moves to postboard games, Elves is no longer forced to stick to its game one role of being the slower combo deck and will often bring in as many as 10 additional pieces of disruption usually consisting of 4-5 pieces of discard, a [[Collector Ouphe]], [[Leyline of the Void]] if available, and a mix of pilot-dependant cards like [[Pithing Needle]], our own [[Veil of Summer]], and [[Deafening Silence]]. This means our game plan shifts from winning a race to slowing the game down to the point where I can play and protect various hate pieces. I will very often shave or completely cut [[Glimpse of Nature]] in post-board games with the knowledge that if the game comes down to both players trying to combo each other out as fast as possible. TES will end up on top more often than not. Ideally, I’m looking for a hand in games two and three that have both a piece of early disruption such as a [[Leyline of the Void]] or a discard spell and then can follow it up with a quick tutor effect for [[Collector Ouphe]], [[Archon of Valor’s Reach]], or a kill.

How aggressively do you mulligan hands postboard if they don’t have [[Green Sun’s Zenith]] or [[Deafening Silence]], etc?

I will generally mulligan any hand that does not have any early interaction against TES with the exception being a hand that can resolve a turn two [[Natural Order]]. While many combo matchups give Elves enough time to spend the first turn deploying some sort of mana accelerant before firing off some sort of disruption, TES can more consistently take advantage of Elves taking a turn off to generate board presence by both having an earlier average combo turn than most other combo decks while also having the ability to blank later-in-the-game discard with [[Veil of Summer]]. Aggressive mulliganing is also more likely to pay off against TES specifically because it has moved away from discard and doesn’t run the kind of disruption that can stop Elves’s haymakers before they’ve hit play.

With TES having access to [[Chain of Vapor]] in the main deck and also being a lot more reliant on artifacts, does this change what you name with [[Archon of Valor’s Reach]]?

[[Chain of Vapor]] means that even in game one, TES has outs to an [[Archon of Valor’s Reach]] that would have previously shut off all of its avenues to a win. This means Elves is now forced to make a decision based on the context of the game. Instants becomes a much better name now that it ensures [[Archon of Valor’s Reach]] remains on the battlefield while still shutting off some heavy hitters like [[Ad Nauseam]] and [[Brainstorm]]. This does leave us open to dying to a flurry of artifact mana into a sorcery speed payoff.

You have said in the past that TES was your worst matchup with Elves, does this still hold true with the changes made to both decks?

With TES playing four copies of [[Veil of Summer]] now, would you still bring in discard spells from the sideboard if you are playing them?

While discard spells aren’t the best when your opponents are protecting their combo with [[Veil of Summer]], I would still bring in as much discard as I could and hoping that I don’t get got. Holding up [[Veil of Summer]] means that you’re not using your mana to cantrip towards a kill or actively killing me, so I would treat it similarly to TES running discard in that slot and just trying to push through it. If I’m able to spend my turn deploying a permanent based hate piece instead I would lean towards spending mana the option that doesn’t lead to a [[Veil of Summer]] blowout.

TES as a deck can mulligan more aggressively thanks to [[Echo of Eons]], that said do you value cards like [[Leyline of the Void]] or [[Surgical Extraction]] more in the matchup, or do you still leave them in the sideboard?

I would bring in [[Leyline of the Void]] against TES now. While there are plenty of games that TES can answer [[Leyline of the Void]] or just totally ignore it, the matchup is so poor for Elves that I’m willing to board in narrow answers on the off chance that they’re able to buy me enough time to gain the traction I need. Especially since Elves can present a very quick clock even after starting the game with a [[Leyline of the Void]], hoping to buy a turn or two can be all we need in the matchup to steal a game win. [[Leyline of the Void]] is also better in conjunction with discard as I’m able to shut TES off from rebuilding with a top-decked tutor for [[Echo of Eons]]. I’m less interested in [[Surgical Extraction]] though, as a good TES player will often be able to correctly sequence the [[Lion’s Eye Diamond]]/[[Echo of Eons]] interaction and blank some of the less all-in graveyard hate.

Is there any consideration to boarding in cards like [[Abrupt Decay]] to snipe an opposing artifact?

[[Abrupt Decay]] is a little too slow for the matchup, and I would generally prefer to present a clock over holding up [[Abrupt Decay]]. I will generally keep in [[Reclamation Sage]] and side in less mana intensive cards like [[Force of Vigor]] if available because of how they punish games where TES plays out their artifacts either to fight discard or need to use [[Mox Opal]] as a blue source to cantrip. While I acknowledge that these cards will often be sub-par draws, the games where I’m able to snipe relevant artifacts with them to buy a turn or two often end up in my favor.

What other advice do you have for both Elves and Storm players for the matchup?

I think the key to beating Storm with Elves is understanding how the matchup plays out in the games that you do win and would suggest that anyone struggling to take the opposing deck for a spin. While the matchup will never be favorable, it becomes winnable when you’re able to understand when to apply pressure to the board versus using your often limited disruption. From the TES side, I’d suggest that you take aggressive lines whenever possible as Elves’ disruption is usually in the form of permanents and can very rarely stop you once you’ve started comboing.

I would like to take a moment to thank Adam Wallace for joining Through the Looking Glass and providing some great responses on the Elves versus The EPIC Storm matchup.