Through the Looking Glass: Elves with Newton Hang 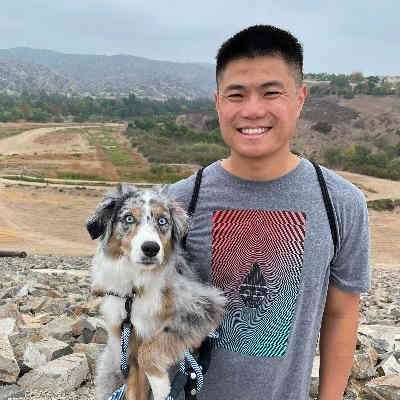 A few words on Newton Hang

By day, Newton Hang works as an Electrical Engineer in Aerospace. By night, he plays Magic: The Gathering as a hobby. He notably won the Legacy Showcase Qualifier to qualify for the 2020 MOCS with his signature “Reclaimer Elves” deck. Despite primarily being known as a green mage, he has a soft spot for evoking and flickering Mulldrifters.
How do you view the roles in the Elves versus The EPIC Storm (TES) match-up?

Regardless of which Elves variant is being piloted, The EPIC Storm has an earlier fundamental kill turn. As a result, the onus is on the Elves pilot to deploy 1-2 pieces of disruption and follow that up with a win condition before the TES pilot is able to execute its combo.

What sort of interaction does the Elves deck have in game one? What should The EPIC Storm be on the look-out for?

[[Collector Ouphe]] is the most important angle of interaction from the Elves perspective game one. The deck can reasonably tutor for it on turn two via [[Green Sun’s Zenith]]. [[Natural Order]] for a potential [[Archon of Valor’s Reach]] (or sometimes [[Collector Ouphe]]) is a possibility too but is otherwise generally too slow as the odds of a turn 2 [[Natural Order]] are quite low.

Recent builds of Elves have implemented 2-3 copies of [[Boseiju, Who Endures]]. How do you think these choices impact The EPIC Storm Matchup?

The main application of [[Boseiju, Who Endures]] in the TES matchup is being able to hit [[Wishclaw Talisman]]. The obvious counterplay on TES side would be to hold [[Wishclaw Talisman]] in hand until the combo turn. This requires more overall mana, however, and is susceptible to post-board discard spells. In some rare instances, [[Boseiju, Who Endures]] can cut the TES player off a relevant colored mana too.

[[Archon of Valor’s Reach]] is a popular card in today’s Elves lists, what do you believe the correct type is to name?

In game one, the correct name is always Sorcery (unless TES pilots adopt [[Chain of Vapor]] in their main deck). In post-board matches, the correct name can be either Artifact or Instant, depending on the board state.

The EPIC Storm plays four copies of [[Veil of Summer]] in the main deck. How does this card influence your deckbuilding decisions, if at all? Do you sideboard with the card in mind?

In general, the printing of [[Veil of Summer]] means it is somewhat dangerous to lean on too many discard spells. For example, it was not uncommon to run even seven discard spells a few years ago, but 4-6 is more standard now. If running six copies, the Elves pilot is likely hoping to dodge [[Veil of Summer]] decks in general (includes TES but something like UG Omni-Tell is possible too). With that said, I would still bring in all copies of discard regardless because the density of relevant cards is much more important.

How do you think The EPIC Storm matchup compares to other [[Dark Ritual]] combo decks such as the mirror or [[Doomsday]] against Elves?

The EPIC Storm is far more difficult to beat for Elves due to the ability to bypass the graveyard completely (Ruby Storm and Belcher fall in this category too). When piloting Elves, I generally feel favored post-board against graveyard decks such as Reanimator due to the presence of [[Elvish Reclaimer]], and [[Endurance]] in conjunction with the [[Sylvan Syndicate]] consistency tools to find them (i.e. [[Green Sun’s Zenith]] and [[Once Upon a Time]]). While not technically a graveyard deck in the traditional sense, [[Doomsday]] is conveniently hosed by [[Endurance]] as well.

How effective do you think [[Empty the Warrens]] is against Elves? Is it a card that you generally worry about coming from The EPIC Storm?

In general, I’ve found the most successful post-board games involve 1-2 pieces of early disruption into a lock piece ([[Collector Ouphe]] / [[Archon of Valor’s Reach]]) or kill ([[Allosaurus Shepherd]] / [[Craterhoof Behemoth]]). This necessitates aggressively committing creatures to the board as [[Natural Order]] is the easiest way to lock up a game.

[[Thoughtseize]], [[Deafening Silence]], and [[Mindbreak Trap]] are sideboard option for Elves. How do you value these cards?

[[Force of Vigor]] as well as [[Endurance]] are “free” spells that Elves has gained access to in recent years. How do you value these cards when mulliganing compared to a fast combo or a quick [[Collector Ouphe]]?

I see [[Force of Vigor]] as secondary disruption and would instead prefer opening up a seven-card hand with discard or turn-two [[Collector Ouphe]]. A fast kill is nice but still only secondary to disruption post-board due to the discrepancy in fundamental combo turn.

[[Bojuka Bog]], [[Endurance]], and [[Leyline of the Void]] are viable options for Elves between main and side. How do you evaluate those cards versus The EPIC Storm?

[[Bojuka Bog]] and [[Endurance]] do not have any applications in the matchup outside of the TES pilot inadvertently giving Elves pilot priority with [[Echo of Eons]] in the graveyard. I could not board them out any faster. [[Leyline of the Void]] does stop [[Echo of Eons]] lines, but I’ve come around on the idea of not bringing them in due to having a higher density of relevant cards than in the past (i.e. [[Boseiju, Who Endures]], [[Force of Vigor]]). If the Elves pilot lacks enough relevant cards and is thus desperate, [[Leyline of the Void]] is a possibility.

[[Galvanic Relay]] is a card that continues to overperform in The EPIC Storm and can be one of the tools for the TES pilot in the matchup. From the Elves perspective, how much do you care about this card?

[[Galvanic Relay]] is significantly better than [[Empty the Warrens]] due to the likelihood of winning on the subsequent turn. In addition, it provides some insulation against discard and ensures that the Elves pilot cannot win a game on the back of multiple discard spells alone (requires a fast kill too). I personally value [[Galvanic Relay]] lower than the individual tutor spells, but higher than almost everything else.

What are the biggest mistakes that you believe players make in this matchup?

I think some Elves players try to race their TES counterparts, and I personally believe this approach is flawed because TES is at least a full turn faster because their fast mana is not affected by summoning sickness. With regards to TES pilots, I’ve noticed some newer players keeping really slow seven-card hands against Elves, and believe that’s likely a mistake.

I just wanted to thank The EPIC Storm committee for bringing me on as a guest to their website. Additionally, I wanted to give a quick shoutout to the Reclaimer [Game] Brain Trust for being my sounding board when I have new ideas (some good, some bad). For more general information on my version of the deck (nicknamed Oops, All Cradles or Cradle Control), please check out my (2022 FAQ Primer) that came out recently.