Through the Looking Glass: Grixis Control with Brian Braun-Duin

Special thanks to Brian Braun-Duin for his contributions to today’s article.

Grixis Control has been one of, if not the most popular deck in legacy for a while now. It’s strong combination of discard spells and countermagic can be a challenge for The EPIC Storm to win through. This month we brought on platinum pro, Brian Braun-Duin, to share some of his thoughts and wisdom on what I would definitely consider being one of The EPIC Storm’s “skill matchups.” 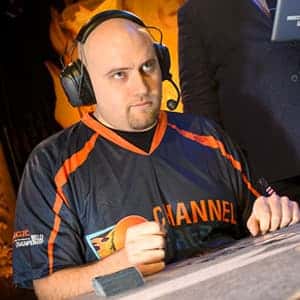 Brian Braun-Duin is a platinum pro from Virginia, and one of the most well known Magic pros in the game today. He won the 2016 World Championship and has multiple Grand Prix wins. He is a regular content provider at TCGplayer.com.

In your opinion, which game plan from The EPIC Storm (TES) is more concerning on the end of Grixis control post-board? Going fast with multiple copies of Empty the Warrens, or boarding in a copy of Past in Flames and Tendrils of Agony for playing a longer game? For reference, there are 1 to 2 copies of Cabal Ritual main in current decklists.

Personally, I fear the Empty the Warrens approach a lot more. I think in games that go longer, Grixis Control is generally pretty favored, largely because of Snapcaster Mage’s ability to be another Hymn to Tourach or Flusterstorm or Brainstorm or whatever it needs to be. Going in early on an Empty the Warrens is risky because if they have a Toxic Deluge, Marsh Casualties, or Engineered Explosives, the game is usually just over, but I still believe that it’s a higher percentage play.

How do you value Kolaghan’s Command in the matchup?

Not super highly, but it’s still a card that stays in my deck because it’s generally better than any alternative, and it can also make things awkward for the storm player. Kolaghan’s Command is a card that has some interesting value in that it can put a pinch on the TES player in games where TES doesn’t succeed at going off on the first or second turn. If they play out a Lion’s Eye Diamond to avoid getting it stripped by a Thoughtseize or Hymn to Tourach, you can pick that off, and it also has some value in occasionally being able to pick off Chrome Mox or Lotus Petal.

Kolaghan’s Command also can be devastating or at least make combo-ing awkward in that you can respond to the 2nd to the last spell with a Kolaghan’s Command to make them discard their payoff card. This can often be avoided with proper sequencing from the TES player, but in some situations, there’s no easy way to get around it. If they play Lion’s Eye Diamond as their second to the last card, you can respond with it on the stack by making them discard a card and maybe nab an Infernal Tutor, but if they play the Lion’s Eye Diamond any earlier, you can use Kolaghan’s Command to blow it up before they can get value from it.

It can also be a good card to lock out their draw step to close out a game and it has value in that Snapcaster Mage is often the best card in the deck for Grixis Control against TES and Kolaghan’s Command punishes a Snapcaster Mage being discarded by a Thoughtseize. All in all, it has enough uses to be worth playing, even though it’s awkward to play a card that doesn’t stop an early combo, can’t pitch to Force of Will, and does nothing in the face of many Goblin tokens.

Without knowing your opponent’s hand, would you use Force of Will to counter a turn one Dark Ritual off of a land? Does this change if they cast it off of either a Lotus Petal or Chrome Mox? What kind of cards being in your hand would affect this decision?

I’m far more likely to counter a Dark Ritual off of a Lotus Petal or Chrome Mox, since it means that they have enough resources to combo off, but that they have to commit way more resources to get started in the first place. I’d feel good countering it with a Force of Will and hoping that they have to spend a few turns finding more rituals to be able to try again. I wouldn’t want to risk them having a discard spell in that spot to strip my Force of Will. If they cast Dark Ritual off of a land, it’s a bit different. It’s less of an investment on their end and might be a resource they are willing to lose. If they desperately need the Dark Ritual to resolve and also have a discard spell, they might lead on the discard spell first to clear the way and take it a turn slower, so leading on the Dark Ritual in this spot might mean they have a hand full of mana and I want to wait to counter the payoff card.

It depends a lot on my hand as well. If I have two copies of Force of Will, I wouldn’t counter a Dark Ritual off of a land, but I would counter one off a Lotus Petal still. If I have Hymn to Tourach or Thoughtseize firing off next turn, then I’m countering the Dark Ritual almost every time. If my hand is bad, then I might let it resolve and hope for the best.

What does your discard suit look like? Do you prefer to max-out on Hymn to Tourach or split with Thoughtseize and/or Inquisition of Kozilek?

I think Hymn to Tourach is very strong, but I really like the mixture of three Hymn to Tourach and two Thoughtseize in the 75. It’s important to have enough turn one plays in practically every matchup, which is why I don’t think you can get away with too many copies of Hymn to Tourach and not enough one-mana discard. I prefer Thoughtseize to Inquisition of Kozilek because there are way too many important 4+ mana cards in this format, like Jace, the Mind Sculptor, Gurmag Angler, Sneak Attack, Thought-Knot Seer, and so on.

How much do you prioritize getting a threat onto the battlefield? Would you delay playing one if it meant holding more disruption open?

End of turn Snapcaster Mage + Brainstorm is something that I really like to do, however, to ensure that I keep hitting land drops to be able to cast all of my disruption in one turn if needed and to start clocking the opponent.

What are your thoughts on effects such as Pyroblast or Hydroblast against TES?

My game plan against storm decks, in general, is that I prefer to have as many answers as possible, even situational ones. The more ways I have to keep them off balance, the more of a chance the game can go longer, where I feel favored with cards like Hymn to Tourach in my deck. Hydroblast I think is really good against TES, because it counters Rite of Flame, Past in Flames, and Burning Wish, all important cards, and all sorcery speed cards that you can set up to hit with a Hydroblast. Pyroblast is less good because they can cast Brainstorm when you’re tapped out to play around it, and hitting cantrips is less valuable than rituals or payoff cards. I might bring in 1-2 copies, but I wouldn’t bring in all copies unless my sideboard was lacking.

Would you say that you’re more likely to use Snapcaster Mage on an effect like Hymn to Tourach or Flusterstorm?

That really depends on the board state, how many cards my opponent has in hand, and other factors. In general, though, I’m more likely to flashback a Hymn to Tourach. I value stripping their resources and putting a clock into play, and I don’t like holding onto answers that can get hit by discard.

What are some common mistakes you see Storm players make against you?

I think the biggest mistake is not going for it often enough. Grixis Control gets more and more favored the longer the game progresses in my experience, so I think waiting too long to pull the trigger only favors the Grixis Control player.

How do you evaluate Baleful Strix in the match-up? Do you keep it in post-board?

It’s one of the weakest cards outside of removal spells. I often side out most to all copies depending on what my sideboard looks like. My deck loses some consistency and blue-card count for Force of Will without them in the deck, but the matchup is so volatile that I have to risk it.

What kind of answers to Empty the Warrens do you typically run in either the main deck or sideboard?

In the main deck, I have no answers. After sideboard, I have 1-2 Marsh Casualties for sure, and occasionally Toxic Deluge or Engineered Explosives as well.

What does your usual sideboarding vs The EPIC Storm look like?

Typically I cut all my removal spells, Liliana the Last Hope, and some amount of Baleful Strix and I side into Surgical Extractions, Flusterstorms, Hydroblast(s), and 1-2 Pyroblast.

How do you value graveyard hate against The EPIC Storm?

I think traditional graveyard hate like Tormod’s Crypt or Nihil Spellbomb are fairly weak in general because TES is less reliant on Past in Flames than something like Ad Nauseam Tendrils.

Do you anticipate players of The EPIC Storm to board in copies of cards like Xantid Swarm or Hope of Ghirapur? Or even Defense Grid? How does this affect your sideboarding?

Generally no, I don’t expect to see these cards because they are ineffective against hand disruption like Thoughtseize and Hymn to Tourach and a liability against Kolaghan’s Command. I don’t leave in any removal for them with the exception of Marsh Casualties/Kolaghan’s Command, which has added usefulness in addition to blowing up these cards. If I saw multiple copies in game 2, I would consider adding Lightning Bolt back into my deck.

I would like to give a big thanks to Brian Braun-Duin for joining us for this month’s edition of Through the Looking Glass. His input was very insightful and should be a big help for pilots of both decks, on all skill levels. If you have any questions, feel free to comment either here on the website, Reddit, or on the Facebook group. Let’s keep the discussion going.

As always, thank you for reading!