Through the Looking Glass: Humans with Eddie Zamora 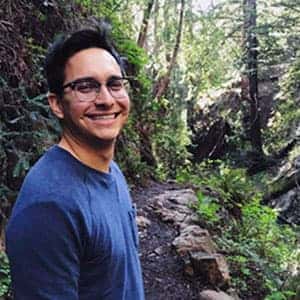 A few words on Eddie Zamora (Yosoyez on MTGO):

Eddie Zamora is a SoCal human who’s favorite past times include jamming a turn one Noble Hierarch and having a pint with friends. Though he has his best results in Standard and Modern, he is commonly known as the “Legacy humans guy” due to constantly playing his brain child, 5-color Humans, and not being very quiet about it. Eddie is dedicated to proving to players that Humans is not only viable, but a surprisingly powerful Legacy deck in the right hands. He swears that it’s not just bad Death & Taxes.

What is your suite of hatebears that you play in the deck? How do these affect the matchup?

The suite of hate bears usually varies depending on whatever the meta at the time is packed with. But usually you can rely on the following being somewhere in the 75: Thalia, Guardian of Thraben, Meddling Mage, Kitesail Freebooter, and Sanctum Prelate. These cards are key in the match up and how I get myself in a position to win. The trick in this matchup is to slow the TES player down long enough for my humans to run them over.

How effective do you think Empty the Warrens is in the matchup?
Is it a card that you generally worry about coming from TES?

Empty the Warrens is the least scary win condition out of TES from the Humans side. While there are times that you guys can create so many Goblins we can’t keep up, there are many scenarios where the TES player is forced into going for a “medium” sized Empty the Warrens, and will often not be good enough. Humans is really good at producing lots of bodies that often just wall the army of Goblins. But most importantly, most Humans list will run one main deck copy of Orzhov Pontiff in the main deck (and more in the board) and Imperial Recruiters to tutor for it.

Humans is very often compared to Death & Taxes. What are some of the advantages of playing Humans over other decks of its nature, like Death & Taxes?

I can’t count on my hands the amount of times someone has told me Humans is just bad Death & Taxes. Frankly, that’s just not true. While they’re similar in that they both play hatebears and Mother of Runes, the decks have a very different play style. While Death & Taxes often is trying to use mana denial and equipment to grind their opponent out, Humans is much more aggressive/Tempo oriented and wants to kill the opponent as soon as possible. On top of that, Humans place a really powerful and fun tool box strategy, especially after sideboarding. Playing all 5 colors gives us some really interesting card choices that normally would never see the light of day in a format as powerful as Legacy. Some of which include: Pia and Kiran Nalaar, Kambal, Consul of Allocation, and Deputy of Detention.

What do you generally name with a turn two Meddling Mage?
This is assuming that you don’t know what is in your opponent’s hand.

This is a loaded question whose answer is often very contextual. But normally, game 1, in the dark, I’m naming Burning Wish. I think there are arguments for cards like Ad Nauseam or even Empty the Warrens, but the card that really beats us is Tendrils of Agony. As stated above, if my opponent resolves a big Empty the Warrens, I at least have one, two, maybe even three turns to find an answer. But a big Tendrils of Agony means I’m dead, and that’s usually not a position I can come back from. Additionally, naming Burning Wish takes the fear of my opponent grabbing a sideboard card that could drastically the state of the game.

If you have an opening hand of seven cards that has no other hatebears aside from Kitesail Freebooter, do you keep?

Knowing that most storm decks play 6-8 discard spells on average, I would have to say this hand would get shipped. Kitesail Freebooter is a great tool in the match up, but isn’t game changing enough to justify keeping a bad or mediocre hand because of it alone. Basically it’s not worth the risk, where as an effect like Thalia, Guardian of Thraben or Meddling Mage is.

These match ups are really night and day for 5c Humans. It’s funny to say that, because the decks are so similar in their win conditions, but how the decks operate are different enough that it’s true. I would put TES among Humans worst match ups because of its speed. I have to hope to get lucky and survive until MY turn 2 in order to stick a hate bear and buy more time. Which frankly, doesn’t happen as often as I’d like. On the other hand, Ad Nauseam Tendrils is one of Humans best match ups, if not the best. They are often an entire turn or two slower, giving me what feels like a lifetime more opportunity to get my hatebear into play. One quirk about playing against ANT is that if I resolve a Meddling Mage naming “Tendrils of Agony“ or a Sanctum Prelate on 4 game one, they have no ways to win the game based on most stock lists. This gives Humans a decent amount of “free wins” that I wouldn’t get against TES.

Post-board, Ad Nauseam Tendrils suffers from relying on the graveyard where as TES generally doesn’t. So, it’s worth noting that even if Ad Nauseam Tendrils goes off on turn 1 or 2, I can still interact with Surgical Extractions or Faerie Macabre in hopes to stifle their plan.

I think this question really depends on the combo deck in question. For the most part, I would say Humans will have an overall better combo matchup. While Death & Taxes also has hatebears, it’s flaw against combo is being too slow to end the game before the strategy in question can deal with their disruption. The fact that we are by nature an aggressive deck, and all of our hate pieces are creatures to turn sideways, we rarely if ever suffer from that problem. One of my favorite things about playing against a few different combo decks, is Humans does not run basic Plains. While this may seem like a nuance on the surface, the amount of times I’ve left a stranded Massacre in my opponents hand is worth mentioning, as that card is often back breaking against creature based hate.

But credit where credit is due, Death & Taxes has a much better Depths match up, and I’m pretty jealous about it.

What does your overall sideboarding look like for The EPIC Storm matchup?

Other than hatebears, what cards are you looking for postboard versus TES?

Orzhov Pontiff is among the most important cards in the match up, and bringing an additional copy is great for finding another answer to an army of Goblins. Imperial Recruiter comes in for redundancy as well.

For one drops, Humans plays AEther Vial, Champion of the Parish, Mother of Runes, and Noble Hierarch. Out of all of these, which would you rather start the game with against storm? How does this change post-board?

Against storm, I would say Noble Hierarch is the best one drop to lead with. Having access to the ramp she provides is so key in a match up that is often over in a couple turns. And the difference of being able to play a turn 2 Sanctum Prelate or Kambal, Consul of Allocation versus turn three is huge! This stays fairly consistent post-board, but I think with the right hand, I could also see leading with a Mother of Runes to keep a turn 2 Thalia, Guardian of Thraben or Meddling Mage safe from removal.

How would your sideboard change if Storm was a larger percentage of the metagame, if at all?

For the most part, I’m pretty happy with how Humans is constructed against storm decks. There are so many powerful effects in the main deck, and support from the sideboard I think anymore might be overkill. However, if specifically TES became the absolute deck to beat, I would consider some number of Mindbreak Traps to have some turn 1 interaction.

How do you feel about Humans’ current position in the metagame?

Right now, big mana decks are the deck to beat, which is a pretty fickle match up. But with a combination of Wasteland, disruption, and a fast clock, very reasonable. Outside of the newly popular post decks, the format is still run by brainstorm strategies which are the decks that Humans aims to play against.

My favorite thing about playing this deck is how adaptable it is. And because of that, I feel like it’s able to keep up with if not thrive in any metagame. The core of the deck and its game plan of “interrupt and kill your opponent” is always going to be a powerful tactic in a format like legacy, but there is always room to make adjustments based on what you’re looking to beat.

What other advice do you have for TES as well as Humans players when it comes to the matchup?

Whenever possible, go for speed and go for the Tendrils of Agony kill unless you know you can make enough Goblins to shut out the game before they can find an answer or build a board. Also, don’t get trapped into a stranded Massacre if you’re playing it in your sideboard — we don’t play Plains!

I would like to take a moment to thank Eddie Zamora for joining Through the Looking Glass and providing some fantastic responses on the Humans versus The EPIC Storm match-up.