Through the Looking Glass: Jeskai Control with Matthew Vook 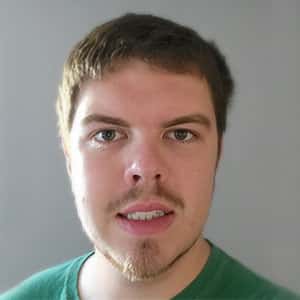 A few words on Matthew Vook

Matthew Vook is the finalist of SCG DC Legacy 2017, the winner of SCG Baltimore Legacy 2018, and the 2019 MTGO Legacy Format Champion. He has numerous MTGO Legacy Challenge Top 8’s and several wins.
What are the most common variations of Jeskai Control currently played?

There are three frequently played versions of Jeskai Control, and almost all of them play at least three copies of [[Narset, Parter of Veils]]. I helped to popularize the version with [[Expressive Iteration]] and main deck [[Monastery Mentor]]. This version also has more non-basic lands. Another commonly played version is heavy on the three-mana planeswalkers, but does not play [[Expressive Iteration]]. This version typically only has one [[Day’s Undoing]] but no [[Hullbreacher]]. This version also has [[Jace, the Mind Sculptor]] and [[Supreme Verdict]]. The least played Jeskai Control variant has 2-3 [[Hullbreacher]] and 2-3 [[Day’s Undoing]]. Overalll I don’t like [[Hullbreacher]] because it is bad against UR Delver and opposing [[Swords to Plowshares]] or [[Pyroblast]] effects.

What sort of interaction does Jeskai Control deck have in game one? What should The EPIC Storm be on the look-out for?

The most relevant interaction is four copies of [[Force of Will]] and two of [[Force of Negation]]. [[Prismatic Ending]] can also potentially tag a [[Wishclaw Talisman]] or other artifact if you pass the turn. 1-2 main deck [[Pyroblast]] and 3 -4 [[Narset, Parter of Veils]] can also disrupt your ability to draw cards. Some lists play 2-3 [[Hullbreacher]], but that is currently the least popular Jeskai variant. Rarely lists will have either one [[Spell Pierce]] or one [[Flusterstorm]] main deck, although this isn’t something I would expect.

How aggressively do you mulligan for a [[Force of Will]]/[[Force of Negation]] effect in game one of the match-up? Are there hands you would consider keeping without them? If so, what do they look like?

Game one, I frequently won’t know what the opponent is on TES unless they have several recently published results with specifically TES and nothing else. In the blind with Jeskai, I keep most hands with a mix of lands and spells, so other Jeskai players are likely to have [[Swords to Plowshares]] or [[Prismatic Ending]] that are mostly dead. If I was almost certain that they were on TES, I would keep cantrip heavy hands on the play without countermagic or on the draw mull almost exclusively for countermagic, but wouldn’t go below five cards. Overall, I expect to lose game one against TES if they keep seven cards, unless I see multiple counters the first 10 cards of the game.

When evaluating opening hands, how do you weigh slower value cards such as [[Expressive Iteration]] or [[Snapcaster Mage]]?

[[Expressive Iteration]] is good in the rebuilding phase, but is really poor at finding interaction because it is so slow, especially on the draw. [[Snapcaster Mage]] has to be paired with [[Flusterstorm]] or will often be just a blue card to pitch to [[Force of Will]].

[[[Monastery Mentor]] can provide a very fast clock for the control deck, how often do you take “the Beatdown” role in the match-up?

Generally, TES is too fast for an early [[Monastery Mentor]] to be particularly relevant. In general, if I have three mana in the early game ,I would rather cast [[Expressive Iteration]] or [[Narset, Parter of Veils]] to find more interaction. If I am casting [[Monastery Mentor]] early, it is because I already have multiple pieces of interaction. Frequently, [[Monastery Mentor]] isn’t cast until I have accrued a large advantage and have locked up the game, but just need a way to reduce their life points to zero. Of course, sometimes if your hand doesn’t come together, you need to jam [[Monastery Mentor]] and hope that the TES player’s hand is also non-functional.

How effective do you think [[Empty the Warrens]] is against Jeskai Control? Is it a card that you generally worry about coming from The EPIC Storm?

In game one, the Mentor build of Jeskai has no answers to an early board of many [[Goblin Token]]s, but the other versions usually play two [Supreme Verdict]]. Players may also have [[Izzet Staticaster]] in the sideboard that may be brought in for the [[Goblin Token]]s or just as another blue card for [[Force of Will]]. In general, I think the TES player is more likely to win with [[Galvanic Relay]] or a normal [[Tendrils of Agony]] line.

How do you think The EPIC Storm matchup compares to other [[Dark Ritual]] combo decks such as [[Ad Nauseam]] Tendrils or [[Doomsday]] against Jeskai Control?

The current builds of Jeskai Control are best equipped to deal with Doomsday decks compared to ANT or TES. Doomsday is the weakest to [[Narset, Parter of Veils]] compared to the other combo decks. Doomsday also protects its combo with [[Force of Will]] or sometimes [[Mystical Dispute]] which get hit by [[Pyroblast]] or negated by [[Teferi, Time Raveler]]. They also only have four payoffs in the full play-set of [[Doomsday]], so they are often slower to find it off cantrips or find a second copy if the first is countered. It is still incredibly scary if they have [[Dark Ritual]] and [[Doomsday]] in the first few turns of the game. ANT is somewhat harder because they generally care less about [[Pyroblast]] or [[Teferi, Time Raveler]], but they still get his by [[Narset, Parter of Veils]] especially with running [[Preordain]]. The ANT lists with green for [[Veil of Summer]] are even harder because they have more cards that get uniquely answered by the blue countermagic. TES is the hardest because it is the fastest of these [[Dark Ritual]] decks and mostly ignores [[Narset, Parter of Veils]], [[Teferi, Time Raveler]], and [[Pyroblast]]. The post board plan of [[Galvanic Relay]] instead of [[Ponder]] is also hard to interact with and makes [[Narset, Parter of Veils]] even worse. While I bring in all the [[Pyroblast]] effects against Doomsday or ANT, I would rather have some number of [[Prismatic Ending]] or [[Meltdown]] against TES instead.

What is your sideboard plan against The EPIC Storm entail? Do your play patterns change at all in post-board games due to these cards?

At the very least, I would expect Jeskai Control to bring in two [[Flusterstorm]] and one [[Stony Silence]]. I also usually play a third copy of [[Force of Negation]] in the sideboard. I might also bring in 1-2 [[Meltdown]] depending on how many [[Prismatic Ending]] I want to leave in for opposing [[Carpet of Flowers]].

How do you value cards such [[Surgical Extraction]] or any additional graveyard hate spells against The EPIC Storm?

The only graveyard reliant card that I would want to hit from TES would be [[Echo of Eons]], but the timing window and the fact that you already stop it with [[Pyroblast]] or [[Narset, Parter of Veils]] means that [[Surgical Extraction]] doesn’t do much. Trying to snag an additional copy of a random card is unlikely to be impactful, but I might consider [[Surgical Extraction]] if I didn’t have anything else to bring in.

[[Meltdown]] is a really powerful bullet Jeskai Control Player can side in. How do you try to use this effective card against The EPIC Storm?

[[Meltdown]] rarely gets a good timing window against TES unless you have [[Teferi, Time Raveler]], and can hit a [[Lion’s Eye Diamond]] when they have relevant cards in hand or they play out random artifacts to enable a [[Galvanic Relay]]. In general, the TES player can probably play around it being particularly impactful.

[[Galvanic Relay]] is a card that continues to overperform in The EPIC Storm and can be one of the tools for the TES pilot in the matchup. How does Jeskai Control interact with [[Galvanic Relay]] to try to beat it? 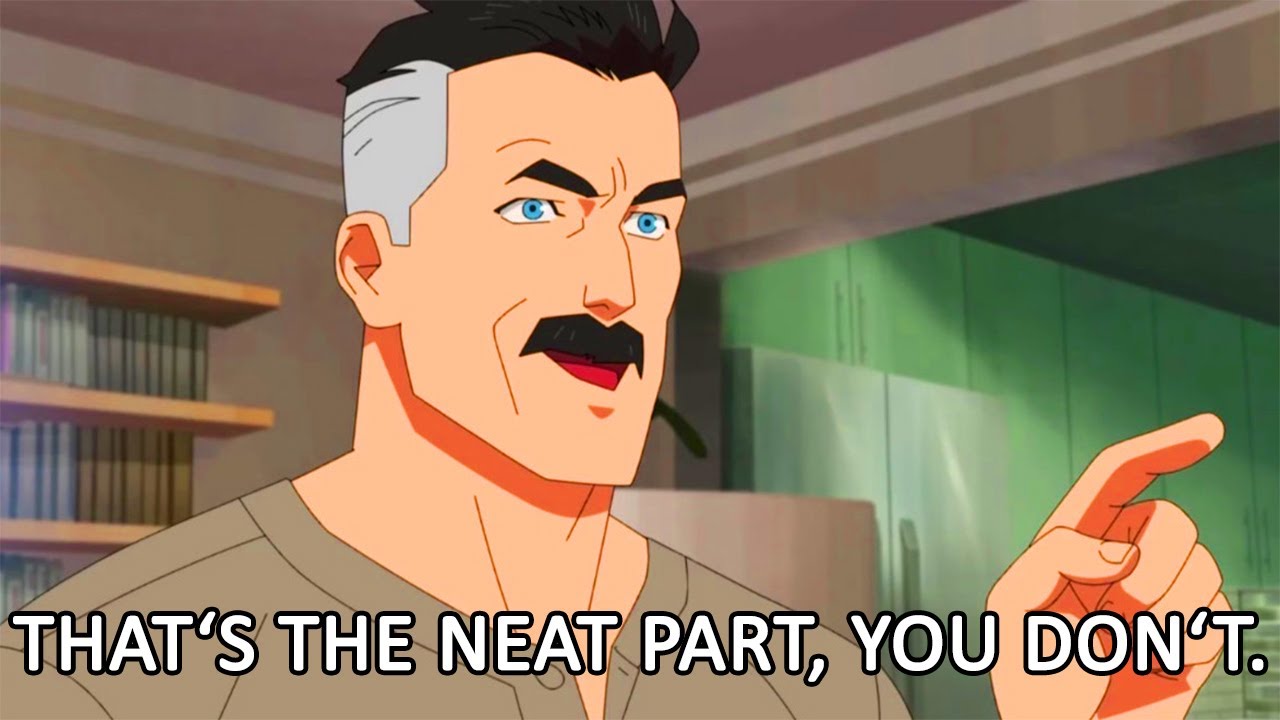 The general play pattern from Jeskai is to counter the tutor spells like [[Burning Wish]] or [[Wishclaw Talisman]], so if Jeskai has interaction they will often stop you from finding the [[Galvanic Relay]]. If you naturally have [[Galvanic Relay]], then [[Flusterstorm]] is the only relevant interaction. If it is the early game and your only payoff is [[Galvanic Relay]], you should try to mask that or otherwise a good Jeskai player might try to stop you from getting enough mana by countering [[Dark Ritual]] or [[Rite of Flame]] if you are getting Storm count with stuff like [[Chrome Mox]] without imprint or [[Lion’s Eye Diamond]].

The matchup overall is unfavored, so you often need to take risks, especially with digging for particular cards with cantrips. The hardest part of the matchup is probably knowing when to counter the mana spells rather than the payoffs. As I mentioned earlier, you sometimes get a read and can infer from the number of cards in hand that their only payoff is [[Galvanic Relay]], so you have to keep them off mana instead of holding countermagic for a tutor spell.