Through the Looking Glass: The EPIC Gamble with Tony Scapone 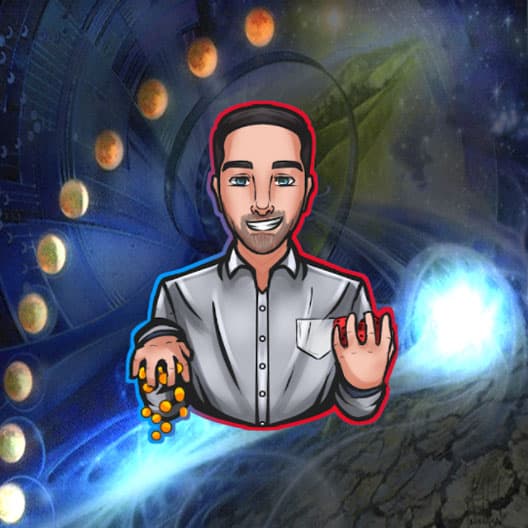 A few words on Tony Scapone:

TonyScapone is a Legacy Storm content creator, creator of The EPIC Gamble, streamer, and Storm Discord Moderator who has been playing off and on since Revised. Tony started playing competitively in 2017 after a long hiatus that started in 2010. When Tony isn’t either selling cars or spending time with his family, he can be found streaming leagues Wednesday, Thursday, and Friday 10:30 a.m. ET in addition to a Sunday challenge at least once a month. Additionally, he can almost always be found hanging out in the Storm discord.

The most notable difference is speed. We are essentially a [[Goblin Charbelcher]] deck that has been designed to have a lot of protection and grinding potential. If you put me on the spot to put numbers on it, I would say that we are around a turn 1.6 combo deck while The EPIC Storm is around a turn 2.2 combo deck? We lean on [[Echo of Eons]] more while The EPIC Storm leans on [[Ad Nauseam]]. Both have their advantages, but neither deck necessarily requires these engines to function either. I favor The EPIC Gamble for three reasons. First, I have spent two-plus years creating and tuning it, so it’s my baby. Second, I enjoy playing it more than any other deck, and though I may be a little biased, I think it is the best deck in the format once the pilot has reached mastery. Third, I love to assess openers and how to kill my opponent with it. This deck does not limit itself to this endeavor once per game (unless you let it of course).

When capable, does The EPIC Gamble typically try and go off game one, turn one with no knowledge of the opponent’s deck? Why or why not?

Quite often, yes. If I have a turn-one kill or even a high potential for a turn-one win, I am not going to shy away from it. Cards like [[Defense Grid]], [[Overmaster]], and [[Galvanic Relay]], however, will often give us the benefit of not having to go all in without checking our opponent’s hand for [[Force of Will]] first. It isn’t uncommon for us to turn one our opponent in the face of a [[Force of Will]]. [[Galvanic Relay]] does of course limit lethal to turn two, but it is a great way to put in most of the work on turn one to ensure a kill even in the face of double or triple interaction.

How does winning/losing the dice roll change your considerations for the match-up?

If I lose the die roll, I will mulligan to a potential turn-one kill almost without exception, often all the way to two cards. This decision may change depending on my opponent’s mulligan decisions. Unless I suspect my TES opponent is new to the deck, I know that they understand the pressure to mulligan hands that can’t at least produce a two-turn kill, which means I am unlikely to see my own turn two on the draw. If I win the die roll, I am still looking for a turn-one kill, and may even mulligan an average turn-two kill on seven cards because I know how pressured my opponent should feel to win on their turn one. The matchup is a volatile game of mulligan chicken, of which we are generally favored but it can get pretty unpredictable and fun.

What is your sideboard plan against The EPIC Storm entail? How does it affect your play decisions post-board?

The EPIC Storm has no interaction aside from Veil of Summer, and there is such a slim chance that we will wind up caring about that card. We have the luxury of removing at least three [[Defense Grid]]. I bring in [[Shattering Spree]] and two copies of [[Echoing Truth]] not because they are good in the matchup, but because they are better than [[Defense Grid]]. The only other card I could see bringing in is [[Void Snare]], but it is better left in the sideboard to turn [[Burning Wish]] into a ritual when [[Birgi, God of Storytelling]] is in play. [[Shattering Spree]] is actively good in the matchup and [[Echoing Truth]] can net mana or cards with either [[Birgi, God of Storytelling]] or [[Harnfel, Horn of Bounty]] by returning [[Grim Monolith]], [[Chrome Mox]] or a [[Mox Opal]] to hand.

The EPIC Gamble is primarily an artifact-based combo deck, fueled by cards like [[Lion’s Eye Diamond]] and [[Grim Monolith]]. The EPIC Storm has recently included two copies of [[Crash]] in the sideboard, how does this change your combo lines in games 2-3?

Although not a non-zero amount, [[Crash]] is going to be considerably less effective than [[Force of Vigor]], which we often ignore. It can, however, feasibly have a meaningful impact and can certainly affect the way in which we may sequence our artifacts. The most likely scenario that would hurt us is when playing out two copies of [[Lion’s Eye Diamond]] when we have a [[Burning Wish]] in our hand, but we can’t even sequence around that. It could take us off of metalcraft when we could otherwise avoid it if we aren’t aware of [[Crash]] and don’t sequence accordingly.

[[Echo of Eons]] is a key card in both decks. Because of this, do you have any reservations about casting this card and increasing your opponent’s resources?

We are often forced to cast [[Echo of Eons]] from difficult positions since there is so much pressure to win early. I will rarely hesitate to do so because of the likelihood of otherwise dying. The EPIC Storm faces the same problem except with considerably more pressure since The EPIC Gamble is the faster deck.

Does [[Galvanic Relay]] play a big role in the matchup? What are the benefits and consequences of setting up a combo win for the following turn?

Outside of a fast, turn-one relay, it doesn’t play a huge role. Since The EPIC Gamble is about a whole turn faster than The EPIC Storm, it can be an effective tool on the play to make the opponent have it, but the matchup is really about killing the opponent now rather than later.

The EPIC Storm plays four copies of [[Veil of Summer]] in the main deck. How does this change your game plan? What role does [[Tendrils of Agony]] play in your deck with this in mind?

How effective is [[Empty the Warrens]] in the matchup?

Not effective at all. I am struggling to find a scenario in which I would ever need to cast [[Empty the Warrens]] in this matchup. I would sooner cast an [[Echo of Eons]] with no land drop and no mana floating than rely upon a kill two turns from now. I suppose a game could get really weird or something where it comes up, but I’m not sure I have ever resolved [[Empty the Warrens]] in this matchup.

Where does The EPIC Storm rank in the meta amongst other Combo decks you prepare for? Ex. [[Doomsday]], Reanimator, etc.

As evidence by our main deck copies of [[Defense Grid]] and [[Overmaster]], fair blue decks are the only decks that we specifically prepare for. The full set of [[Empty the Warrens]] is almost exclusively for [[Delver of Secrets]]. Sure, we have some bounce spells to deal with prison and the like, but those decks tend to be more trouble than they are worth in terms of warping deck construction. To answer the question more directly, we tend to not prepare for other combo decks because we have a natural advantage by being the faster combo deck. In fact, I would go a step further and say that our deck is too busy forcing the opponent to prepare for us, so we often don’t care about what our opponent is doing. [[Doomsday]] is a unique scenario in which they have a lot of disruption alongside a very effective and compact combo so they can be tough. I seldom lose to Reanimator, even on the draw.

How aggressively do you mulligan in games 2-3? What does an ideal hand look like for you in those games?

Very aggressively. I am keeping hands that have potential to kill in the first or second turn on the play, and will even mulligan all the way to one card if my two-card hand does not have either [[Lion’s Eye Diamond]] or [[Echo of Eons]]. The ideal hand is a turn-one [[Peer into the Abyss]] or a [[Harnfel, Horn of Bounty]] into [[Echo of Eons]]. The higher the turn-one potential, the better when we are playing against The EPIC Storm.

What is The EPIC Storm’s strongest card against you and why?

[[Lion’s Eye Diamond]] because it is the most effective card to enable a fast kill.

Any final thoughts or comments? Any plugs or shoutouts?

I love both The EPIC Storm and The EPIC Gamble. I spent about two-and-half years consuming Storm content before even touching a Storm deck, and a lot of that content came from The EPIC Storm team. I just want to give everyone a shout out at theepicstorm.com and thank y’all for putting in the work, seriously. Keep Storming!!!

I would like to take a moment to thank Tony Scapone for joining Through the Looking Glass and providing some spectacular responses on the The EPIC Gamble versus The EPIC Storm match-up.

Grant is a Cyber Security Account Executive who enjoys finding unique combo lines through elaborate storm turns. Some of his favorite games include fighting through hate pieces such as Chalice of the Void, Maddening Hex, and Mindbreak Trap. When Grant isn't playing Magic he is usually spending time with his girlfriend and puppy, a German Shepherd mix named Sammy.