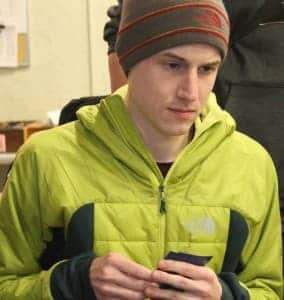 From ANT to TES

Three weeks ago before the banning of Dig Through Time I decided that I should start play testing The Epic Storm. This is because the format had matured to the point where it had been warped to playing Dig Through Time or just win before the card can be cast. My reasoning for this was that TES is much better at getting under the Dig Through Time decks while still being competitive with all the match-ups ANT was well positioned in. The following is a guide written for ANT pilots who are picking up TES on how to rewire their thinking so to speak to understand the deck. I used and tested the deck list from the homepage of the website.

The first thing one will realize is the switch from being able to calculate definite winning lines versus probabilistic winning lines most of the time. This is due to TES sacrificing some sculpting ability for speed from Ad Nauseam and Empty the Warrens. The next thing one will see is that the critical numbers of mana floating to win have changed. In ANT you will usually want to have a path with 7 mana floating right before tutoring if there is a Dark Ritual involved or 8 mana if theres only a Cabal Ritual. Both of those lines involve an Infernal Tutor for Past in Flames. Now you will need only 6 mana floating before a tutor if you are going for Empty the Warrens and 7 mana if you are casting Infernal Tutor for Ad Nauseam. There is also a third number that comes up more often than you think which is 9 mana floating. This is for when you need to cast Burning Wish into Dark Petition into Ad Nauseam. Another general mentality shift is from one of security to one of forcing the opponent to have an answer. Not always now will you be able to check what is in their hand almost every time before going off. You  must learn to have faith in your decks turn 2 ability to just win the game on the spot or virtually with Empty the Warrens. This also leads to having way more lines on turns 1 and 2 than you would be used to. So a good way to think about this is to equate turn 2-3 in ANT to turn 1-2 in TES as for how many possible winning lines need to be evaluated on average. Another thing you will have to get accustomed to is flipping how you view life total and graveyard. Here the opposite resources are of similar importance as you execute your combo, life in TES and the graveyard in ANT.

In conclusion I have found a new liking for the more aggressive version of the Storm archetype. There is a lot of similarity between the two decks but the differences also have quite a few analogs from the game play of each deck.

I am a Math graduate student, Magic: The Gathering grinder, lover of the storm mechanic, and avid cat lover. My favorite things include my cat Wilt, honey roasted peanuts, and counting to 10.