Through the Looking Glass: Death’s Shadow with Ben Friedman

Special thanks to Ben Friedman for his contributions to today’s article.

Death’s Shadow has been an existing deck in legacy for quite some time now, however, it’s popularity has spiked immensely since its showing at Pro Tour 25th Anniversary. For this month’s edition of Through the Looking Glass, we brought on Ben Friedman to give us more insight on our matchup with what may be the best Delver deck right now. 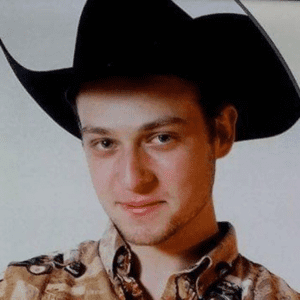 A few words on Ben Friedman (40cardfriedman on MTGO and Twitter):

Ben Friedman, a.k.a. “The Skip Bayless of Magic: the Gathering”, is a long-time professional Magic player, with eight years of Pro Tour experience and over 200 lifetime Pro Points. Coming at you with his flaming hot takes live from Las Vegas, he’s had success in numerous formats to the tune of five Grand Prix Top 8s, two Pro Tour Top 16s, and numerous high finishes at SCG Tour Opens and Invitationals. Outside of Magic, you can find Ben listening to country music, heading to the gym, or playing with cryptocurrency – sometimes all three at the same time! Being a longtime legacy aficionado, Ben has been playing the format since before Tarmogoyf was legal!

What are some of the overall advantages and disadvantages of playing the Death’s Shadow variant as opposed to other Delver decks?

I think Death’s Shadow is slightly better against combo decks than traditional Delver, and has the potential to just drop bigger threats than anything else around. It can go toe-to-toe with Eldrazi because of how your creatures outsize theirs in the midgame. Disadvantages include being worse against Swords to Plowshares + Snapcaster Mage decks or Baleful Strix decks because of the lack of True-Name Nemesis. This can be remedied by including a few, though. That may be a next evolution.

I don’t have quite enough of a sample size to know if any lines of play actually differ on my end, but I think The Epic Storm is a little easier because Wasteland is slightly more live against it than against ANT. Every time a piece of my interaction gets better, the matchup gets better. Other than that, it’s probably similar, though Daze is maybe a little worse vs TES than ANT.

How aggressive are you with paying life for the various cards in the deck, such as Watery Grave? Does the possibility of a natural Tendrils of Agony or even Grapeshot make you more hesitant?

Yeah, I’m a super conservative Watery Grave shocker in general, so I always try to balance the likelihood of me drawing a Death’s Shadow and having the self-shock change the clock by a turn against getting short-Tendrilsed out.

Empty the Warrens is no doubt a big hitter in the matchup. Do you typically play any answers for it in the sideboard?

Two Ratchet Bomb, minimum. I used to not bring in any Empty answers with my Delver decks against Storm variants, but I’ve changed my tune recently.

How do you aim to use Stubborn Denial in the matchup? Would you aggressively use it counter cantrips, or do you tend to save it for when you have a Death’s Shadow or Gurmag Angler in play to use it as a hard counterspell?

This is contextual, depends on the rest of my hand and if I’ve seen any of the opponent’s hand. In the dark, on turn one, if I have an unused mana available I’ll always try to be mana-efficient and snap off their Ponder. I think the presence of Duress means I lean aggressive on burning a counterspell early.

What do you value higher, turn one Delver of Secrets or a turn one Thoughtseize? How does the rest of your hand affect this?

With Past in Flames being mostly a backup game plan for The Epic Storm, how much do you value Surgical Extraction? Does the deck also playing discard weigh in on the value of the card in terms of sideboarding it in?

I used to value Surgical Extraction more, now I’m kind of over it. I’d rather have Ratchet Bombs first. I’ll still board in 1-2 if I have room.

What does an ideal opening hand look like? What kind of hands would mulligan?

Mulligan hands with four+ lands, with too many threats and no disruption, with two removal spells (though in game one I wouldn’t know to mulligan removal hands unless I was playing you, Bryant!).

What does your overall sideboarding for The Epic Storm matchup look like?

Board out the four removal spells, board in hand or stack-based disruption like Hymn to Tourach and Flusterstorms, then Ratchet Bomb, then Surgical Extraction. You can cut copies of Reanimate as well, they’re kind of mopey. I’d be willing to shave a Gurmag Angler, though I’d probably be overboarding at that point.

What are some of the biggest mistakes you see Storm players make against you?

Hard to say, but I’d probably try to fetch basics whenever possible just because of how it turns off my copies of Wasteland. Turning a card from a 10 to a 0 in the matchup is pretty important.

What are some cards you wouldn’t want to see out of the sideboard of TES?

I think Xantid Swarm is a really annoying card to try to plan for. Much harder to beat than crap like Defense Grid.

If Storm was a larger part of the metagame, how would you tune your sideboard for it?

I’d have more Duress, Inquisition of Kozilek, or Hymn to Tourach, and a second Flusterstorm.

What is your opinion on the Grixis Death’s Shadow lists as opposed to the UB lists?

I think the red is unnecessary. Pyroblast is a strong card, but it’s pretty narrow these days. Abrade isn’t that much better than Ratchet Bomb overall, and it’s quite a bit worse in a lot of spots.

I want to give a big thank you to Ben Friedman for joining us this month! His insight was really helpful, and I’m sure Death’s Shadow is here to stay. Expect to see a good amount of this deck at the next legacy event you attend.