Through the Looking Glass: RUG Delver with Eric Vergo

Special thanks to Eric Vergo for his contributions to today’s article.

Since July’s bannings of Deathrite Shaman and Gitaxian Probe, RUG Delver has returned as one of the most played decks in the format. With having a wide array of countermagic and mana denial, RUG Delver can be very challenging to play against, especially with the loss of Gitaxian Probe. On this month’s Through the Looking Glass, we brought on Eric Vergo to give us further insight on a matchup we expect to be a mainstay for a long time. 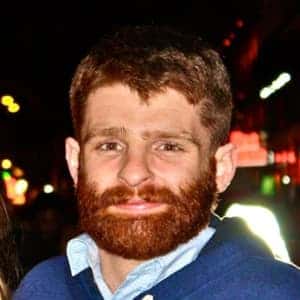 A few words on Eric Vergo (Evergo on MTGO, 9thonbreakers on Twitter):

Eric Vergo is a long time magic player focusing primarily on eternal formats. He has a few notable finishes at large paper events, but his most successful outing was at Eternal Weekend 2017 where he top eighted both the Legacy and Vintage events. In his free time he can be found playing on Magic Online, designing puzzles, or climbing rocks.

Main Deck
Sideboard
How do you aim to use Stifle in the match-up? Is it better to attack fetch lands or storm trigger? Does this change post-board?

As with most matchups, hitting a fetch land is the expected ceiling on the cards performance. Times when it is better than that are uncommon and this matchup is no different. Stifle is typically reserved for fetch lands, especially when on the play.

An exception is when your hand contains multiple other pieces of good countermagic like Force of Will and Spell Snare. Overloading the TES players discard is one of the paths to victory in the matchup. Forcing them to have multiple discard spells before they can go off can give you enough time to land a threat and end the game

What kind of mulligan decisions come into play against The EPIC Storm? As an example, if you have a hand with no creatures or Wasteland, but you have multiple cantrips and one piece of countermagic, do you keep?

Mulligan decisions in a matchup like this are huge. The games tend to be very compressed and your opening hand often represents a large percentage of the cards that you will see during the game. This creates an enormous pressure on the strength of your opener. When playing against TES you need a cheap threat and you need it fast with Delver of Secrets being the best by a wide margin.

With this hand you will need to cast your cantrips plus cast the threat you find within the first couple of turns. Tying up your mana this way means that you won’t be able to interact with your opponent with cards like Stifle, Spell Pierce, or Spell Snare which means almost certain death.

In this specific scenario, if the piece of countermagic is Force of Will, I may likely keep. Otherwise no.

If you have the option of tapping out turn one on the play for Nimble Mongoose or holding open interaction, what do you do and why?

It depends on a couple of factors, but the default answer is no. They are as follows (In order):

The rationale for all of these revolves around being able to interact with the opponent immediately after I play the Nimble Mongoose. Free counter magic allows me to always interact and can be seen as a bit of a crutch in this scenario. Having a second mana producing land guarantees that ill be able to interact on both turn one and turn two (assuming I have a card like Spell Pierce or Spell Snare). The upside of that is much larger than the additional one damage the Nimble Mongoose will do over the course of the game. Having a Stifle in hand would push me to not play the Nimble Mongoose as the value of that card declines greatly as the game goes on.

In general, do you try to keep the deck off of mana or wait for the business spell? What makes you change your stance on this?

Mana denial is the default. The games you tend to win against TES (And ANT for that matter) feel like you are stealing them. The best way to do this is to execute RUG Delver’s primary game plan and keep the storm player off mana. Similar to the question about how to play Stifle, having multiple good counterspells in hand can make me switch gears.

How aggressively do you use cards like Daze and Spell Pierce on cantrips? Do you prefer to hold them for the potential combo turn?

I will aggressively Daze, but be less aggressive with Spell Pierce. Daze can be blanked extraordinarily easily because of the existence of Lotus Petal and Chrome Mox. Getting any value out of it against TES feels like a win. Spell Pierce has more play during a potential combo turn and is usually better there.

What are your thoughts on the Spell Snare vs. Spell Pierce split? Which do you think is better against The EPIC Storm?

I have always been bullish on Spell Snare and currently run a split of two Spell Snare and two Spell Pierce. Spell Snare is another card that allows you to have a ‘mana positive’ interaction with your opponent. Against TES, it can be considered one of the ‘must deal with’ cards game one and a fine card post-board.
Spell Pierce is just a generically good card in a deck like RUG Delver. When comparing it to Spell Snare I would consider its ceiling to be lower, its floor to be higher, and its average to be higher making it better in the matchup.

How much do you value Surgical Extraction and other graveyard hate versus The EPIC Storm?

Surgical Extraction is not great for RUG Delver in this matchup, especially with the innovation of running three or four copies of Empty the Warrens post-board. I have been more impressed than I expected with Grafdigger’s Cage. My current RUG Delver deck list is playing one copy in the sideboard, with one of the drivers for that number being the Storm matchups.

I don’t explicitly like them, but I dislike them less than the other options I have. At its core, TES is a critical mass combo deck and getting to one for one your opponent on cards and mana is typically good for the aggressor. They come in during post-board games, but not enthusiastically.

How much removal do you leave in post-board for potential copies of Xantid Swarm?

Three or four pieces depending on what my sideboard looks like. The copies of Lightning Bolt stay in and all other pieces of removal like Dismember or Forked Bolt come out.

What do you believe the correct number of Rough / Tumble to be?

I have been playing one for quite some time but am ready to move to two, and will likely do so for my next big event. I’m also willing to test Izzet Staticaster as a replacement given that it has some additional utility against other decks in the format.

What does your overall sideboarding look like for The EPIC Storm?

What do you think about versions of RUG Delver that play a different package of threats, such as Hooting Mandrills or True-Name Nemesis?

This is a question that I could write an entire article on, but I will attempt to keep it brief and answer it specifically in the context of playing against TES.

It’s my opinion that True-Name Nemesis is effectively a requirement in the 75 and is also the worst threat in your deck by a country mile. Tapping out at any point in the game feels dangerous and three mana may as well be a million. Its primary purpose is to be pitched to Force of Will game one.

Hooting Mandrills is better than Tarmogoyf for the same reason that True-Name Nemesis is awful: The RUG Delver players threats need to be efficient. The difference between one and two mana is significant when RUG Delver is trying to play as many as eleven instants that they need to pay mana for. Hooting Mandrills typically takes a turn longer to cast than Tarmogoyf, but that is to be expected. When evaluating Hooting Mandrills vs Tarmogoyf the trade-off of one mana for the slightly longer development time is in favor of the one mana.

If The EPIC Storm deck lists cut the green splash and replaced Xantid Swarm with Defense Grid, what effect do you think this would have on the matchup?

I see Defense Grid as a high variance card and think it makes the matchup more difficult to navigate for the RUG Delver player, but that does not necessarily mean its good. The main thing the TES player is trying to evaluate is: “Resolving a two mana spell that doesn’t directly help me go off” vs ‘oops I win’. My intuition is telling me that it won’t actually be good enough against RUG Delver on average, but there will be people who play it because of confirmation bias off of some free wins they get.

The Bayou would likely get replaced with another dual land and is only marginally relevant to this discussion.

I want to give a big thank you to Eric Vergo for joining for joining us on this month’s Through the Looking Glass! His expertise on RUG Delver and the matchup really shows here, and I’m sure this interview will provide great perspective for players of both archtypes. The TES vs RUG Delver matchup is classic and will most likely be here for years and years to come.