Through the Looking Glass: Lands with Albert Lindblom 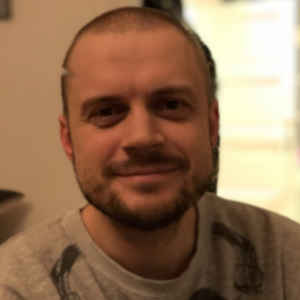 A few words on Albert Lindblom

My name is Albert Lindblom and I am a Swedish magic player living in Denmark. I have played magic since Ice Age and Legacy since 2010. I used to play The EPIC Storm exclusively for many years, and a big part of my paper legacy collection is actually built up from store credits that I won playing TES. I stopped playing Storm during the peak of the Deathrite era and I have not played a single match with the deck since Gitaxian Probe was banned. I am now an online grinder with Lands. I have many great finishes with Lands including multiple Legacy Showcase Top 8’s and a 9th place in last year’s Eternal Weekend. I also managed to qualify for one of the Arena “Pro-Tours” via a 2nd place in last season’s Showcase Qualifier.
How has [[Urza’s Saga]] changed the Lands? How does it impact the match-up against The EPIC storm?

[[Urza’s Saga]] is strong in Lands. It’s a better midrange engine than [[Sylvan Library]] or [[Valakut Exploration]] in the current Legacy meta (that in many ways is warped by the card [[Prismatic Ending]]). [[Urza’s Saga]] has great synergy with [[Life from the Loam]] and [[Crop Rotation]] and I like the toolbox that it provides as this makes our deck more non-linear.

[[Urza’s Saga]] does very little in game one against TES as it’s often too slow. In post sideboard games however a Saga combined with a Sphere effect is an effective strategy that requires less resources compared to the [[Dark Depths]] combo.

In game one, is [[Wasteland]] recursion via [[Life From the Loam]] the primary game plan?

Game one is only won by a turn two or turn three Marit Lage, and it’s better to use the mana from our copies of [[Wasteland]] to speed up our clock.

How effective do you think [[Empty the Warrens]] is against Lands? Is it a card that you generally worry about coming from The EPIC Storm?

I know that many great TES players refuse to go for [[Empty the Warrens]] against Lands, so this is not a card that I worry about. In fact, I sometimes side [[The Tabernacle at Pendrell Vale]] out in the matchup as I am confident that my opponent will not try to win with [[Goblin Token]]s.

In the olden days, when we played four [[Gamble]], [[Empty the Warrens]] was truly a non-issue. I was jumping for joy every time that my TES opponent went for the [[Goblin Token]]s plan. BAs we started cutting [[Gamble]] for [[Valakut Exploration]], [[Empty the Warrens]] became a little bit better as it was harder to consistently find [[The Tabernacle at Pendrell Vale]]. Even in these builds, we played four [[Crop Rotation]] and two [[Elvish Reclaimer]], making [[Empty the Warrens]] was somewhat of a risky option. In today’s version of Lands, we play an [[Expedition Map]] that can be found via [[Urza’s Saga]], and I would say that it’s easy to find a [[The Tabernacle at Pendrell Vale]] with this configuration.

With The EPIC Storm playing white for [[Prismatic Ending]] and [[Orim’s Chant]], how have these cards changed the match-up for you — if at all?

They have not changed the matchup much in my opinion. Sure, [[Prismatic Ending]] is a cheap way to destroy [[Sphere of Resistance]] that also dodge [[Pyroblast]], but TES already had access to this effect in [[Abrupt Decay]] or [[Crash]].

How do you think The EPIC Storm matchup compares to other [[Dark Ritual]] combo decks such as [[Ad Nauseam]] Tendrils against Lands?

It’s hard to find sideboard cards that are great against TES, ANT and [[Doomsday]] at the same time. The best one I can think of is [[Flusterstorm]], but this requires us to have a blue splash.

TES is good at ignoring our spell based interaction. [[Crop Rotation]], [[Endurance]] and [[Pyroblast]] do very little against TES. I still think, however, that TES is an easier matchup than ANT. This is because TES has a shaky manabase, and they also use artifacts as their mana sources (and hence [[Force of Vigor]] can be used to attack their mana). A single Sphere is often enough to win over TES, but I don’t feel the same way when playing against ANT.

[[Doomsday]] is another [[Dark Ritual]] deck, and this got a lot easier once [[Endurance]] was printed. We can now fight [[Doomsday]] with both permanent and spell-based hate. There are even utility lands, such as [[Ipnu Rivulet]], that we can add if we want to improve our chances against [[Doomsday]]. I still think that this is a very difficult matchup as it’s a fast combo deck with [[Force of Will]].

How heavily do you look for a [[Mox Diamond]] in your opening hand? Does this answer change at all in post-board games?

[[Force of Vigor]] is a relatively new addition to slow down The EPIC Storm, how good is it in the matchup?

I think that the Lands master Casey Lancaster has described this matchup very well via this sentence: “if we both are casting spells then I’m going to lose”.

This really sums up my strategy against Storm. I want to stop them from casting their Spells. If I play [[Rishadan Port]], then I will try to land a [[Sphere of Resistance]] and then heavily attack my opponents mana. If I play [[Urza’s Saga]] (instead of [[Rishadan Port]]), I will play more like a Prison-Combo or Prison-Aggro. This means that I will try to slam a Sphere and then win before my opponent manages to remove it.

[[Sphere of Resistance]] is the most important card in my sideboard, and I bring in 4-5 of these effects against TES. I also take in [[Force of Vigor]] and some copies of [[Pyroblast]]. I usually have 10-13 cards to bring in against TES. In order to make room for these I will take out 4-5 lands ([[Bojuka Bog]], [[Karakas]], [[Maze of Ith]], [[Field of the Dead]], and sometimes even [[The Tabernacle at Pendrell Vale]]) as well as 2-3 [[Life from the Loam]]. I also take out all removal spells and shave down on [[Valakut Exploration]].

How do you value cards such as [[Endurance]], [[Bojuka Bog]], or any additional graveyard hate against The EPIC Storm? Do you play any of them?

These cards do close to nothing against TES.

I don’t think Storm players should overboard against Lands as you are already favored to win, just take in a few answers to [[Sphere of Resistance]].

[[Galvanic Relay]] is a card that continues to overperform in The EPIC Storm? Is it a card you would expect the Storm pilot to sideboard in?

From the Lands side, I think trying to Wastelock your Storm opponent in game one is a trap. As I said before, [[Wasteland]] is better as a colorless mana source in game one than as a land destruction spell. Another mistake that I see Lands players do is to focus on the wrong thing once a [[Sphere of Resistance]] is resolved. If we have [[Sphere of Resistance]] down, we are favored to win, and all focus should be on preventing our opponent from removing the [[Sphere of Resistance]]. We should not tap out for [[Valakut Exploration]] if we have [[Pyroblast]] for a potential bounce spell. It’s also better to use our mana to [[Rishadan Port]] the TES opponent in their upkeep compared to casting an expensive spell on our own turn.

From the TES side I sometimes see players do the following: Go down to two life with [[Ad Nauseam]] and die to [[Punishing Fire]]. Play out [[Lion’s Eye Diamond]] too early just to have it destroyed by [[Force of Vigor]]. Here is a hint, the spell that you cast after [[Lion’s Eye Diamond]] should be [[Burning Wish]] / [[Infernal Tutor]] / [[Wishclaw Talisman]]. Otherwise your [[Lion’s Eye Diamond]] will be destroyed in response to your next spell and you won’t be able to crack it. Go for the [[Goblin Token]]s plan. It’s not great to 7-for 1 yourself just to lose it all to a [[The Tabernacle at Pendrell Vale]]. Forget to crack your fetches in response to the third chapter of [[Urza’s Saga]]. Once that chapter resolves, you will not have time to crack your fetches before [[Pithing Needle]] is in play.

I would like to give a shoutout to the Lands discord. This is the best place to learn the deck and all masters are in there. You can use (this) invite to join.

There is also a website dedicated to Lands that can be found (here).